The Grasshopper's Child by Gwyneth Jones 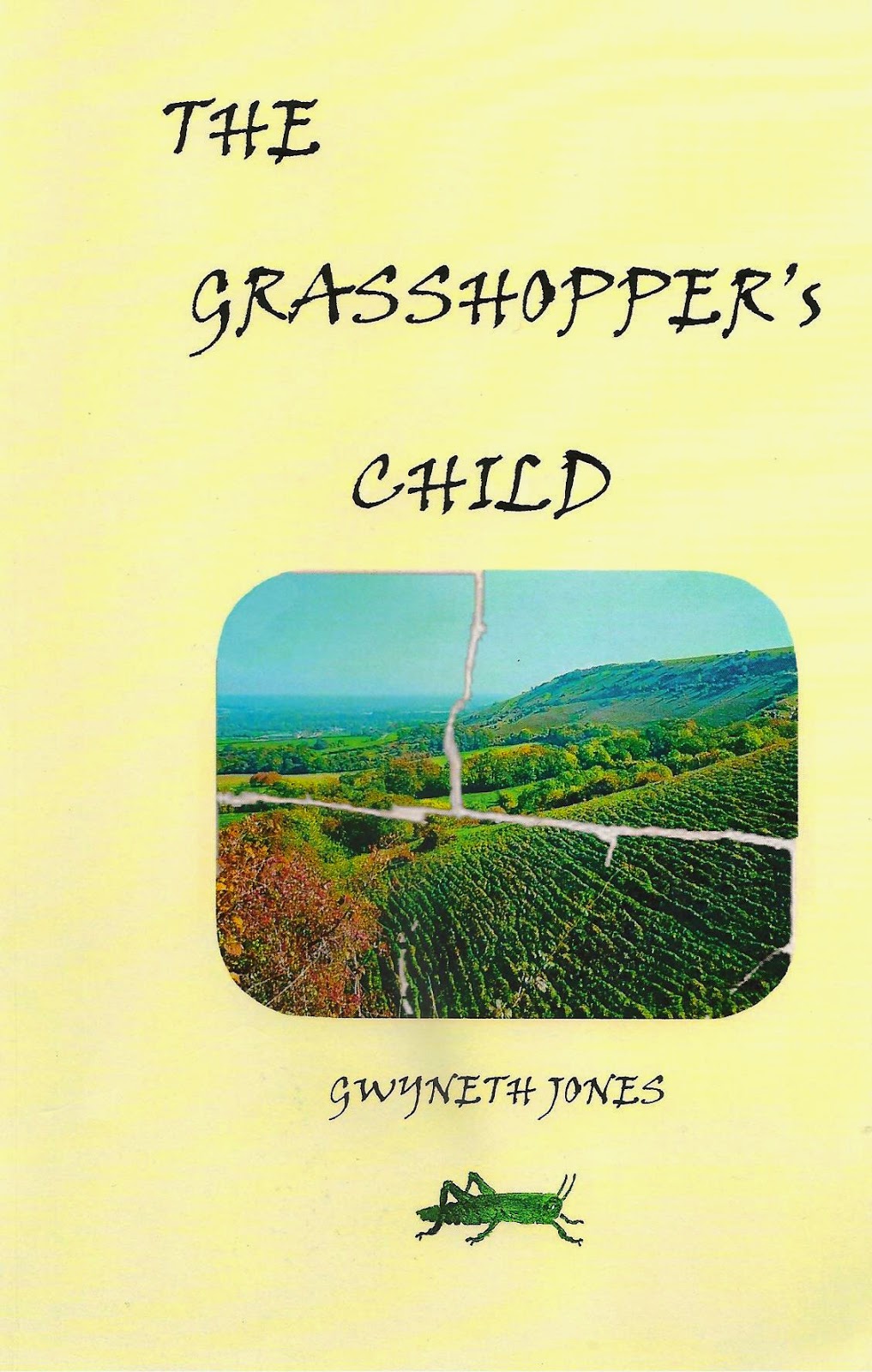 “You’re a recovered asset, hired out by the loan company to work off your dad’s debts.”

This excellent YA novel is set in the same world as Gwyneth Jones’ Arthur C Clarke Award winning, five book cycle ‘Bold As Love’ – set, that is to say, ‘fifteen minutes into the future’ of a United Kingdom in the process of economic and political collapse, when a trio of rock musicians – lovers and friends – find themselves thrust to charismatic leadership of a Barmy Army battling for England’s soul against the forces of a new Dark Age. (The Arthurian echoes are deliberate.) If you haven’t read them, and if you enjoy character-driven, audaciously imagined, beautifully-written novels with a breath of sci-fi and a hint of magic, you can start rubbing your hands now.

Although fans of the adult series will enjoy picking up references to the earlier books, The Grasshopper’s Child is a stand-alone novel well pitched for young adults (for whom Gwyneth Jones has written for years under the pen name Ann Halam).

Before she did the terrible thing, Heidi Ryan had been a teen with adult dependents, exempt from Ag. Camp because Mum and Dad couldn’t manage without her.  Her Mum had schizophrenia – which, as Immy their social worker kept telling Heidi isn’t a disease, it’s a name for a bunch of distressing mental health symptoms. … Dad’s issues weren’t so obvious. … Basically, Immy said, he was a lovely man and a good dad, but he’d taken too many drugs when he was young and … now he just couldn’t make decisions. Or pay bills. Or generally look after himself, never mind anyone else. But that was okay because Heidi was in charge. Or so she thought.

For years, Heidi has been her parents’ carer.  But coming home one day to find her father dying in a pool of blood and her mother brandishing a knife, she does the ‘terrible thing’: she calls the police. Her mother is taken away, and Heidi is sent to the remote coastal village of Mehilhoc to become an Indentured Teen – or, as she bluntly points out to the Old Wreck she works for, a slave.  (In a society which routinely demonises and commodifies people on benefits; the Dept. of Work and Pensions recently demanded a man work six months without pay for the company which had sacked him - this seems chillingly possible.)

As she explores the overgrown garden of the dilapidated mansion whose owners now own her, Heidi’s mission is to prove that her mother didn’t kill her father. But there are further mysteries. Why has the suitcase containing all her worldly goods gone missing? What is the secret of the bitter, decrepit brother and sister whom she serves?  Who or what comes creeping up the attic stairs at night?  Why does everyone defer to the Carron-Knowells, effectively feudal lords of the village?

Heidi is a wonderful heroine, tough and sensitive, a poet who puts her fears and joys into genuinely good verse. As she makes friends with other teenagers in the village, The Grasshopper’s Child explores the dynamics of this group of young people: their strengths and weaknesses, the things they can say to one another and the things that are left unspoken. It explores friendship and responsibility, and the difference between sexual attraction and real liking: when Heidi finds herself reacting to her friend Challon’s off-and-on boyfriend Gorgeous George Carron-Knowell, she deals with it in a manner that preserves self-respect. Heidi has bags of self-respect. She is a delightful and formidable character – oh, one who happens also to be black.

As ever with Gwyneth Jones, the writing is a joy to read: beautiful, vivid and tactile, as here: 'red velvet curtains, worn to rust in the folds, silently coughed out dust when she touched them...'  I can almost taste that acrid dust in my throat. With ghosts, with technological wizardry, with mystery, modern pirates and murder, and references to The Secret Garden as well as many a children’s adventure story (secret tunnels, anyone?) The Grasshopper’s Child is a feast. Do buy it, and curl up with it for Christmas.


The cover picture above is that on the proof of the paperback edition. I will add a link when I know it is available.
Posted by Katherine Langrish at 02:01 3 comments: