Lord Dunsany on the magic of poetry (1)

In March 1943 Lord Dunsany delivered the three ‘Donellan Lectures’ at Trinity College, Dublin, choosing to speak about prose, poetry and drama. I’m repeating this post from 2020 as it’s just lovely, but also because I promised to follow it up with more of Dunsany’s thoughts on prose and poetry. I didn't get around to it then, but this time I will. Look out for more of Dunsany over the next few weeks!

"Nothing at all separates a poet in China from a poet in Ireland: both feel that beauty is sacred and is the outward and obvious expression of what is right and fitting: both labour to express those feelings worthily; their separation is only by centuries, and down these their thoughts travel until they meet in any land. And how does this strange magic work?

"If I revealed that secret, the magicians of the world would be angry with me, for they have always guarded their mysteries. But they need have no fear that this great mystery will escape from my lips, because I do not know it; I can only guess that our minds, which are strangely different from that lumber with which they are stored and that we call facts, are created in harmony with many ancient things like ripples on water, or the wind going over the trees, and even inhuman and undisciplined things like the singing of birds; and that words that are attuned to this ancient harmony, to the voice of the woods and the hills, the old voice of the earth, come to us when we hear them like his own language suddenly spoken at night to a wanderer in a far country.

"However the magic may work, the power that metre has is best explained by Keats when, describing a kindred power, the song of the nightingale, he says that it 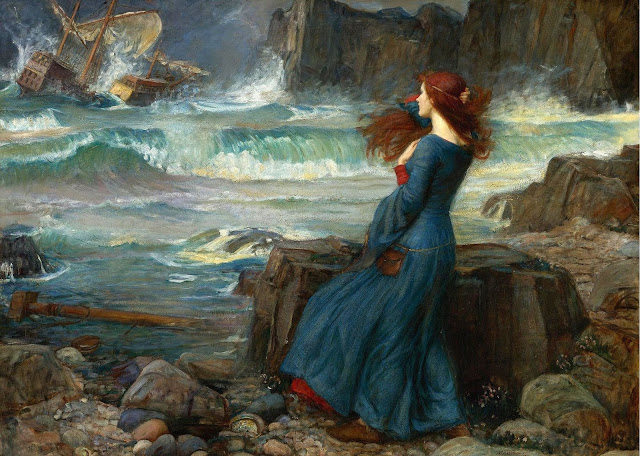 "It is almost like the call of a horn heard in the morning by a busy man in a town, heard far off behind him from grassy uplands beyond the woods, with dew still on the grass and on the spider’s web … and sunlight streaming down valleys, that has not yet come to the town, for the golden morning has not yet peered over the high roofs. The man turns to the sound of the horn, but he cannot follow, for it is far away and he has much to do, and he has not the right clothes or boots for this: those distant valleys are not for him. Bodies are not moved so easily. But … the spirit, if once aroused, is up and away with a speed  of which our bodies know nothing, and which cannot indeed be compared with the movement of any body, though the sudden dart of a snipe out of Irish marshes is something more like it than anything we can attain. 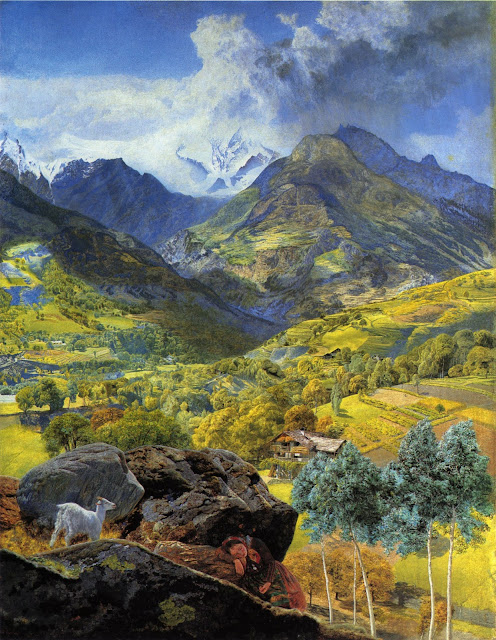 "But how is the spirit aroused by that haunting call, by that chiming of words that we call metre and rhyme? Our ears, our thoughts, our hearts, call it what you will, are made one way, and metre is made on the same plan, and so the two respond as two birds calling; singing and answering over a wide valley. How it is so I can only guess, but … it is certain that poets have the power to cast such spells.

"The certainty can be readily demonstrated by a single experiment. Take for instance a sentence such as: ‘She and I were born about the same time, and used to live at Brighton.’ You may anticipate a story when you hear those words, but you cannot be thrilled by the anticipation. Now take something similar, but said by a magician, Edgar Allan Poe:

In a kingdom by the sea.

"There you have a spell at once, or at least the beginning of one, one is half enchanted already, one’s spirit is prepared already for a far journey, and a very far journey: those simple words call to it far from here, for a kingdom by the sea is far on the way to fairyland. We have no such kingdoms here; kingdoms with coastlines we have in abundance, but a kingdom by the sea is a long way off, like little countries of which our nurses might have read tales to us a very long while ago." 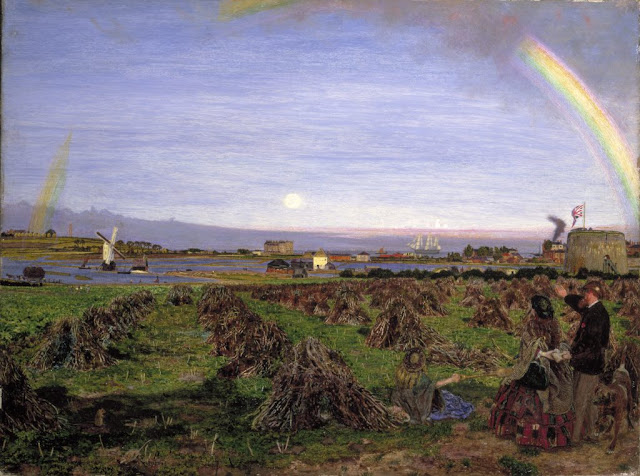 Posted by Katherine Langrish at 04:09 No comments: