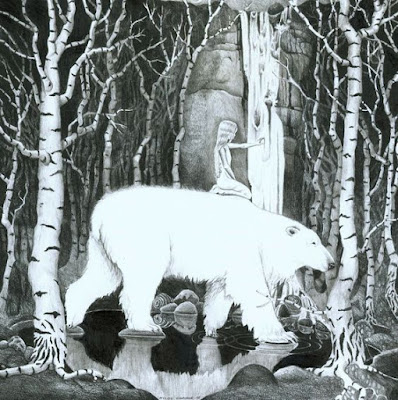 This is a series of links to weekly posts that illustrate the vitality and strength of heroines within the classic European fairy tale tradition. Most of the stories I’ve chosen have been been in print for well over a hundred years, available to everyone – yet most are unknown to the general public. Tatterhood, Lady Mary and the Mastermaid are hardly household names like the Sleeping Beauty and Snow-White, while ‘The Woman who Went to Hell’ and Margaret from ‘Simon and Margaret’ are likely to be new even to the most die-hard of fairy tale enthusiasts. At least I think so! I hope there’ll be surprises for everyone.

The first post is an introductory essay in which I set out my passionate conviction that the heroines of fairy tales are people to be reckoned with. Whether princesses, poultry-maids or peasants, they succeed by all sorts of means: by magical skills, sharp wits, courage, kindness and patience; by tenacity, endurance, grit, determination: and occasionally even by fighting. I’d like to convince you also that fairy tales are often funnier - and bawdier - than 19th century translations might lead you to suppose. And I preface each fairy tale with a brief introduction of its own.

Here are the links. Read on! I hope you’ll enjoy them.

#3: The Princess in Armour - Romania

#17: The Water King and Vasilissa the Wise - Russia

#18: Sanntraigh, or The Woman of Peace - Scotland

#24: He Who Laughs At Others, Others Shall Laugh At Him - Armenia

#28: The Hen is Tripping in the Mountain - Norway)