And the Snow Keeps Falling... 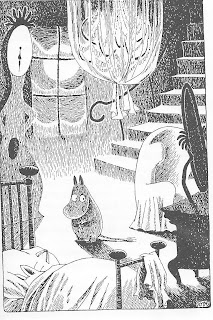 And clearly you've all had time to read all the books listed in my last post - and I've been reminded of even more wonderful snowy reads by some of your comments - so here's another list!

"Moominland Midwinter" by Tove Janssen.  I've just finished re-reading this for the nth time, and was yet again entranced.   Moomintroll inexplicably wakes up during his family's long winter hibernation, and he can't get back to sleep.  All alone in the dark, snow-covered house, he encounters the mysteries and terrors of winter, including the taciturn Dweller Under the Sink, the sadly ditzy Squirrel with the Marvellous Tail, and the frighteningly beautiful Lady of the Cold.  To say nothing of the brash Hemulen in the ski jumper.  And how wonderful are the pictures! 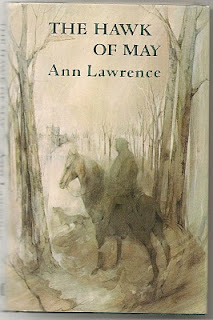 "The Hawk of May" by Ann Lawrence.  I've never met anyone else who seems to have read this book, so here's an opportunity to find out if any of you are fans?   It was published in 1980 by Macmillan, and the plot blends "Sir Gawain and the Green Knight" with the story from "The Wife of Bath's Tale":  it tells of Gawain's arduous winter journey, on pain of beheading, to find the answer to the question 'What do women want?'  The book is half Dark Ages realism, and half fantasy: a sort of mixture of T.H.White and Rosemary Sutcliff with a touch of Katherine Briggs.  It deserves to be better known. I wanted to find out more about Ann Lawrence - who also wrote another damn good book called "The Good Little Devil" - and then by coincidence discovered that my husband plays tennis with her widower...

A lot of people reminded me of "The Dark is Rising" by Susan Cooper - a majestic blend of Celtic mythology in a modern setting as young Will struggles against the forces of the Dark.  There is indeed a magnificent snowstorm in this book.  And "The Once And Future King" by T.H. White; and indeed why not Thomas Malory himself with "Le Morte D'Arthur"?  If you skip all the stuff about the Roman Wars (the 'battling averages' as White called them, with all that repetitive stuff about how Sir X 'rode a great wallop' at Sir Y and unhorsed him) the book is very readable.  I first came across the real thing in an extract published in a BBC Radio schools programme magazine when I was about 8 years old.  It was all about young Gareth coming to fight the Red Knight of the Red Launds, and I thought it was wonderful. 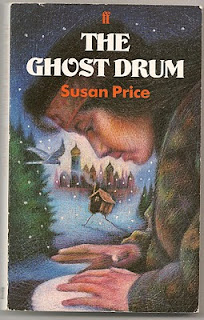 The "Ghost" trilogy by Susan Price should actually have made it to my earlier list.  "The Ghost Drum",  "Ghost Song" and "Ghost Dance" are some of the snowiest and most atmospheric books I have ever read, and perhaps the ones I would most like to have written myself... set in the far north of a Czarist Russia-that-never-was, full of shaman magic, wolves, crows, beauty and cruelty - and if the frozen steppes aren't chilling enough, just wait until you get to the Iron Wood...

And how could I have forgotten Joan Aiken?  "The Wolves of Willoughby Chase", and perhaps even better, "Dido and Pa", with the wolves running over frozen Hampstead Heath, and Hanoverian villainy afoot? 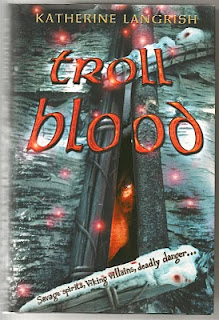 Snow seems to go well with fantasy: I see that all the books I've mentioned here are fantasies, and I rather like using the stuff myself: there's snow in all but one of my four books. and I think the snowiest one of all of them is "Troll Blood", where my hero Peer has to combat  the iciest-hearted of villains as well as the legendary 'jenu', the fearsome ice-giant in the snows of Vinland.

Perhaps fictional snow is better than the real thing?
Posted by Katherine Langrish at 02:29