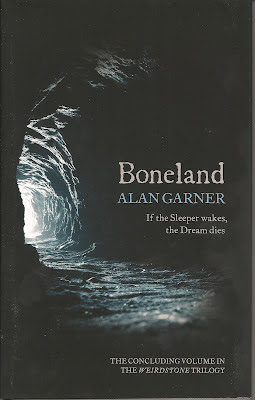 I got interested in star-watching years ago, when I lived in a Yorkshire Dales village with no streetlights anywhere much nearer than Skipton, eleven miles away.  On a clear night you could see as close to forever as makes no difference. Notes such as these filled my diary:

Jupiter setting as I went out about 11.30pm, so Arcturus the most conspicuous thing in the sky now. Standing under the flowering current bush I heard the Kirkby church clock chiming a mile and a quarter away.  The tree by High Barn had stars in its leaves as bright as diamonds. Looked through binoculars at the Andromeda Spiral, a pale hazy blob, and wondered for the umpteenth time at how huge everything is – how could stars and planets and creatures all be packed into that faint ball of fuzz?  C. looked too, and said it made him feel creepy, small and cold.

Woke up around 3 am, pushed up the window and looked out. Slap bang across from me was the whole constellation of Auriga, all risen above the hills like a sign, like a flambeau.  The Pleiades glimmered secretly; below them shone Aldebaran in Taurus.

The Andromeda Spiral galaxy is one of our nearest celestial neighbours, and it is known as M31, or 'Messier 31', in the catalogue of  'deep sky objects' compiled by the 18th/19th century comet-hunter Charles Messier. In the same catalogue the Pleiades or Seven Sisters are designated 'M45'. Knowing this kind of thing helps, if you’re going to read and enjoy Alan Garner’s Boneland to the full, and explains why I found myself laughing at this exchange of mutual incomprehension between a fuddled Colin and a friendly taxi driver on page 4:

Colin is talking about galaxies; the taxi driver about British motorways.  Each to his own.  And maybe I’m lucky to be (a) British, and (b) interested in stars, but isn’t it great, for once, not to have stuff spelled out for you?

Already enchanted by this, and by the opening sequence of some mysterious paleolithic shaman puffing paint on to a cave wall, I settled down to enjoy.

Boneland isn’t a children’s book, and was never intended to be.  And anyway, you can never step twice into the same river. If you’re expecting another book ‘like’ The Weirdstone of Brisingamen’ or ‘The Moon of Gomrath’, you’ll be disappointed.  Writers grow up, move on.  But it’s fascinating to see Alan Garner pick up the threads of those two wonderful early books and weave something new.  This is a grown-up story which would be impenetrable to children: but for adults it’s playful, tender, sometimes terrifying. It links nursery rhymes to the sound of bicycle wheels. It uses folktale rhythms and repetitions, incantatory story-telling, prose poetry, astronomy, geology, ornithology, jokes, and enough references to mythology and literature to keep the academics happy for years.

But it’s not written for academics!  It’s also a great story. Colin, the Colin of the early books, is now a middle-aged professor working at the Jodrell Bank observatory in Cheshire (near Alderley Edge, of course) and ‘searching for his lost sister in the Pleiades’ as the blurb says. He’s in the middle of a breakdown: obsessive, hospitalised and seeking therapy. The parallel, interwoven narrative is that of another man, in the same place and in another time or maybe only another dimension, a Paleolithic shaman who views the same stars and imbues them with a different kind of meaning: with personality: with causality: with power. Both men (who may be the same man) search for meaning, for purpose, for the bringing-back of life from the dark. With the help of Doctor Meg Massey, an unconventional psychiatrist and psychotherapist, Colin begins to rediscover his lost past and face his fears.

There are all sorts of things going on.  References to the Grail quest, the Fisher King, the medieval poem ‘Gawain and the Green Knight’ – the latter poem local to the north-west Midlands, of course.  When Colin sharpens his axe, to chop wood; when the shaman goes up into the cold hills to find the mountain called the Mother, Garner paraphrases famous passages from the Gawain poem; and when the 21st century foreman of a group of workmen declares ‘I’m the governor of this gang’, it’s almost a direct quote. ("'Wher is', he sayd,/'Þe gouernour of þis gyng? Gladly I wolde/Se þat segg in syȝt, and with hymself speke raysoun.'") Surely Alan Garner is restating the depth and continuity of myth and legend and story in this small pocket of England.  Is Colin the wizard of the Edge?  Is he the Green Knight?  The Wounded King?  What did happen to Susan, and where is she?  Where is the Morrigan?  Is anything real?

It’s not a perfect book.  There are things I found irritating.  Not all of the dialogue works – does anyone really say things like: ‘Look here, Whisterfield.  You’re an able fellow.  You have the potential to expand our understanding of the cosmos’?  And for me, some of the interchanges between Meg and Colin have a surreal, ‘Educating Rita’ quality as Meg – though a trained psychiatrist – does a teasing, wide-eyed-little-girl act to Colin’s reams of information.  However, where Colin is confused, stubborn, frightened, pompous, almost an idiot savant, Meg is intuitive and powerful, half-leading, half-bullying him as he ventures into the darkness of his self – and the past.  And there are many mysteries and many spine-tingling surprises in store.

In short, I think Boneland is wonderful.  It’s allusive, elusive, tantalising, mystifying and evocative.  It’s a poem, a song.  It’s funny, it’s sad, and it made the hair rise on the back of my neck.  It’s one to read – along with its two forerunners – again and again.


NB: You can read Ursula K Le Guin's Guardian review of BONELAND by clicking HERE: but beware: it DOES contain spoilers and I'm glad I didn't read it before reading the book itself.

Posted by Katherine Langrish at 03:31