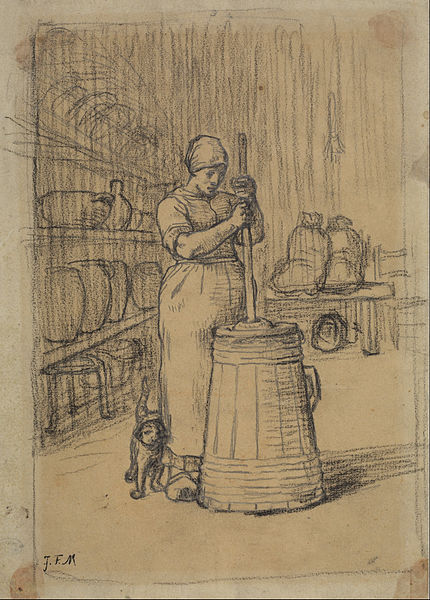 Here’s a Norse version of the Sorcerer’s Apprentice, in which we learn about theft, greed, and the power of multiplication, and in which a young person learns to follow instructions carefully or rue the consequences…

Now she got cream, and that in plenty.  The churn was filled, and the cream still continued to come, till at last the kitchen was half full of cream. When the woman returned home, the girl stood bailing the cream out at the kitchen door, and the witch was very angry that the maid had gone beyond her orders and asked for a pint instead of a spoonful, for now every one could easily see that cream had been stolen from them.  After this the girl never got leave to make the butter by herself.

Posted by Katherine Langrish at 01:27