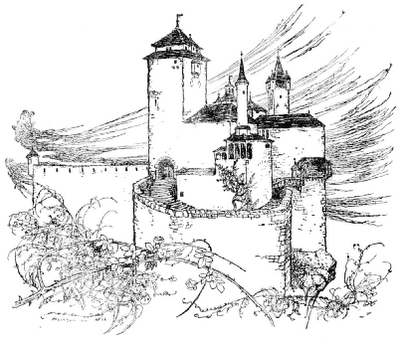 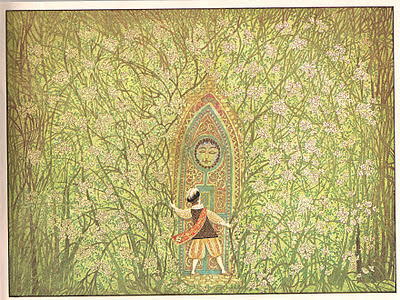 No one in the last Fairytale Reflections series chose Briar Rose - the Sleeping Beauty - as one of their favourites. It’s a tale which has become almost notorious as presenting an image of female passivity, the worst possible role model for a child to grow up with: a heroine who does nothing, initiates nothing, whose claim to fame is to sleep for a hundred years and be woken by the kiss of a prince she hasn’t even chosen (and that’s the mildest version): an object rather than a subject. It’s one of the most difficult fairystories to retell and still stick to the original. Disney fudged the issue of the hundred years sleep by doing away with it altogether and introducing a fire-breathing dragon instead. Robin McKinley’s wonderful ‘Spindle’s End’ also does away with the passive heroine, and achieves its success by departing from the fairytale in many ways. Her themes are friendship and self-discovery, and her heroine Rosie escapes the enspelled sleep which envelops the castle, and rides to defeat the sorceress who has caused it. Only Sheri S Tepper’s ‘Beauty’  really engages with the hundred-years sleep and makes a magnificent and intriguing mystery out of it. (And I am reminded that there are two wonderful books, Jane Yolen's 'Briar Rose' and Adele Geras's 'Watching the Roses', which use the fairytale as the basis for realistic novels exploring, in Yolen's case, a Holocaust survival story and in Geras's, a rape.)

What matters to me about the fairytale though, isn’t the heroine, whether you call her Briar Rose or Aurora or Rosie, it’s the mythos - the idea of time coming to a standstill for a hundred years. Not all stories are about people, even if they include people; not all stories are hero/heroine-centered. They can be about ideas, feelings, wonders - the white blink of lightning as the sky cracks and the eye of God looks through. For me this story is about the shiver you feel - which any child feels - when the storyteller says: 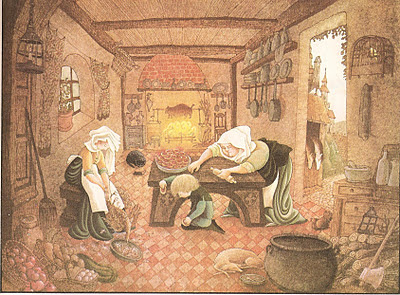 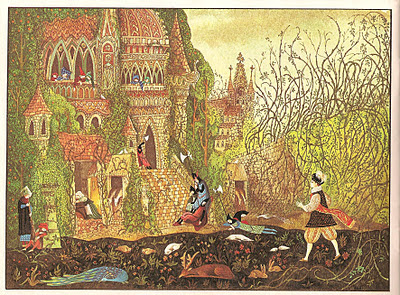 Picture credits:
Arthur Rackham, Sleeping Beauty.  All the others are by Errol le Cain from 'Thorn Rose'