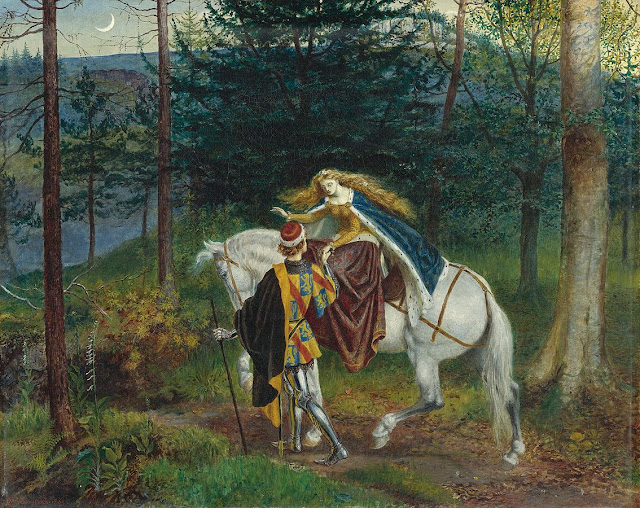 I had the good fortune recently to be able to attend the fourth annual Tolkien lecture at Pembroke College, Oxford, delivered by the inspiring writer, editor, artist, and my dear friend, Terri Windling. There can be few if any who are better read in fantasy literature both old and new, and her lecture, 'Reflections on Fantasy Literature in the Post-Tolkien Era' developed into an eloquent and heartfelt plea for 'slower, deeper, more numinous' fantasy. Terri set a challenge to all those of us who write, read, review and love modern fantasy: Tolkien's themes of epic conflict between forces of good and evil echoed the two great wars of the 20th century; his work was at the time both ground-breaking and relevant.  Can we writing today find themes relevant to the problems our 21st century world now faces, such as the ecological and social disasters triggered by climate change?  You can hear Terri speak by clicking the link below.


What does this mean?  Should we be hunting for a theme and wrapping some fantasy around it?  Of course not. You can't fake sincerity. Message-led fiction of whatever variety is rarely successful. Where there are exceptions (I'll give you 'Black Beauty') it's when such books emerge from long-held inner meditations and conviction. But as John Keats said, 'if poetry come not as naturally as the leaves to the tree, it had better not come at all.'  By this he didn't mean 'don't write unless you're inspired'; he means that the words you write must spring from the truth within you. It can't be forced. But if there's no truth, you are short-changing the reader and cheating yourself.

So - can fantasy say anything true or profound?  This sort of doubt levelled at fantasy was once levelled at all fiction. What makes a writer choose one genre over another, anyway?  Why are some drawn to contemporary fiction, others to historical fiction, fantasy or thrillers? I know and admire a number of authors who can handle a variety of forms, but there are many like myself who stick to a single last.  I began writing fairy tales when I was ten, and I've been faithful ever since. This doesn’t mean I haven’t had qualms.  I’ve asked myself, in the past, what relevance tales of magic and fantasy have or can have to the problems of life.  Can they ever really be serious?  Shouldn’t I – shouldn’t I? – be writing something more meaningful?

I do find meaning in fairy tales. They offer the kind of metaphorical, personal, elusive meaning that poetry affords: and I have come to the conclusion that what is done with a whole heart, with love, and with as much truth as I can personally muster, must be good enough.  More than that is out of my control.  I have no choice.  There is in writing, as in all art, something that feels remarkably like outside inspiration: a fierce compulsion that grasps you by the hair and demands and absolutely requires: this is what you will write about. This, and this alone. If you disobey it you feel restless, haunted. You can't forget or ignore it.  You can't turn your back and decide to write about something else.  (If you try, it's likely to go dead on you.)

The problem is that the divine or daemonic impulse only takes you so far.  It sets you going and then leaves you to stumble along on your own, as best you can.  If you’re lucky you’ll get occasional vivid flashes to light your path, but for the rest, you need to learn the craft. You need technique, patience, persistence and the ability to learn from criticism.  This applies no matter what type of fiction you happen to have fallen in love with.

But it’s good to be aware of the particular pitfalls of your chosen genre.  I wouldn’t like to speak for others, but in the early stages of my career as a fantasy writer I was anxious about the possibility of getting carried away by colourful but superficial effects, and forgetting or neglecting emotional truth. Fairies are after all notorious for their cold hearts.  John Keats, something of a touchstone of mine, warns us in 'La Belle Dame Sans Merci' that playing with magic is perilous. The faerie lady's kisses may suck the living soul out of you; the magic casement opens on faerie seas 'forlorn', and:  'Forlorn! the very word is like a bell/That tolls me back from thee to my sole self...'  Fancy, says Keats, is a 'deceitful elf'.  Fantasy needs to keep faith with reality, to have at least one foot on solid ground while at the same time leading us away, lifting our eyes to the blue horizon, the edge of the known world, the white spaces on the map.  That sense of never-attainable mystery, as Terri reminds us in her lecture, is one of the things which brings us back again and again to breathe the air of Narnia, Earthsea, and Middle Earth.

Characters, too, need space to breathe and live.  I don't know about you but I'm far more interested in Aragorn as Strider, the weatherbeaten ranger from the North, than I would be if I only knew him as the heroic King of Gondor.  Ulysses is more than a hero island-hopping from one marvellous adventure to another; he's a war-weary veteran desperate to get home.  Malory’s Lancelot isn’t just the best knight in the world and a hero sans reproche, he’s a breathing, fallible man torn between his honour and his sense of sin, his love for Arthur and his love for Guinevere.  He knows he’s unworthy of the Holy Grail – so when he’s finally allowed to perform a miracle of healing, he reacts with uncontrollable tears, weeping ‘like a child that has been beaten’. 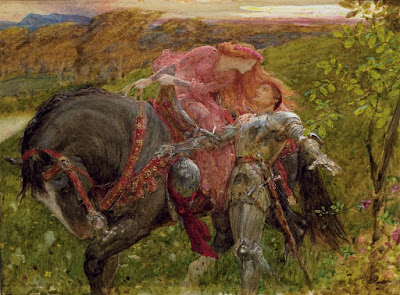