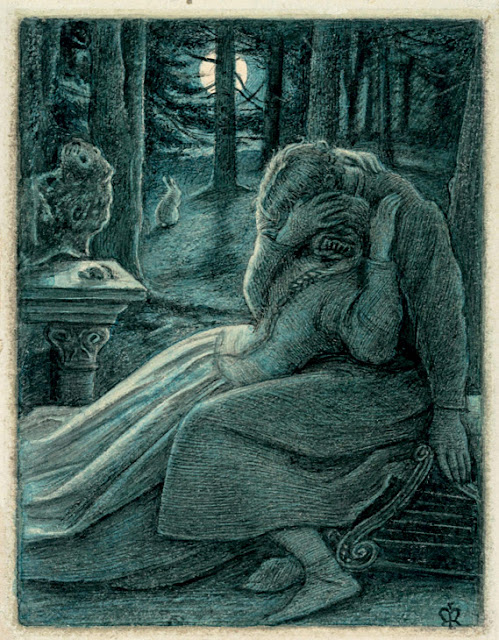 These narrations were taken down by competent persons skilled in both languages [ie: Irish and Irish-English], and as far as possible in the very words of the narrator; so that much of the primitive simplicity of the style has been retained …

In a few years such a collection would be impossible, for the old race is rapidly passing away to other lands, and in the vast, working-world of America, with all the new influences of light and progress, the young generation, though still loving the land of their fathers, will scarcely find leisure to dream of the fairy-haunted hills and lakes and raths of ancient Ireland.

Unfortunately, unlike other collectors such as William Larminie, Lady Wilde did not record (if she even knew) the names of the storytellers and other agents who supplied these tales. It’s hard therefore to judge their authenticity. They do seem to have been smoothed out into a rather literary style, but Lady Wilde, an ardent Irish nationalist, probably wouldn't have added to the tales and may merely have thought of herself as lending a sort of gravitas to peasant narratives. This short and touching ghost story from Galway is striking in that the dead man’s punishment and salvation depend not, as you might expect, on priests or Christ or Saint Peter (none of whom figure), but on the goodwill of his earthly sweetheart. It is she, and she only, who holds the keys to heaven - but she punishes him first.

A gentleman of rank and fortune, but of a free and dissipated life, became the lover of a pretty girl, one of the tenant’s daughters. And the girl was so devoted to him that perhaps he might have married her at last; but he was killed suddenly, when out hunting, by a fall from his horse.
Some time after, the girl, coming home late one evening, met the ghost of her lover, at a very lonesome part of the road. The form was the same as when living, but it had no eyes. The girl crossed herself, on which the ghost disappeared.

Again she met the same apparition at night, and a third time, when the ghost stood right before her in the path, so that she could not pass. Then she spoke, and asked in the name of God and the good angels, why he appeared to her; and he answered, that he could not rest in his grave till he had received some command from her, which he was bound to obey.

‘Then,’ she said, ‘go stand by the gate of heaven till the Judgement Day, and look in at the blessed dead on their thrones, but you may not enter. This is my judgement on your soul.’

On this the ghost sighed deeply and vanished, and was seen no more. But the girl prayed earnestly that she soon might meet her lover at the gate of heaven, whither she had sent him, that so both might enter together into the blessed land. And thus it happened; for by that day year she was carried to her grave in the churchyard, but her soul went forth to meet her lover, where he waited for her by the gate of heaven; and through her love he was absolved, and permitted to enter within the gate before Judgement Day. 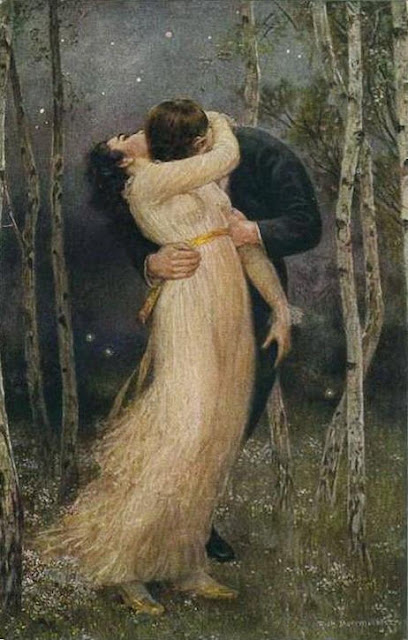