"Tales from India" - by Bali Rai

Wicked magicians, wise priests, handsome princes, beautiful princesses - along with greedy tigers and sly jackals. What's not to love? I'm delighted to welcome Bali Rai to the blog to talk about his new book of fairy tales and folk tales from India. Prepare for enchantment! 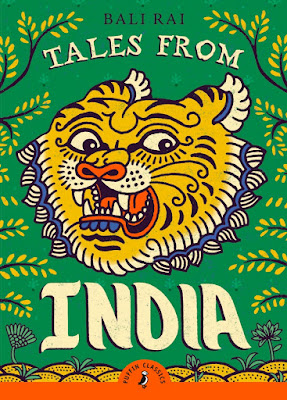 This collection came about after a lunchtime conversation. It was one of those casual, almost throwaway moments. As a British-born child of Indian parents, my knowledge of Asian folk tales was shamefully limited. Of course I knew the famous ones, but they were just the beginning. My parents never had the privilege of hearing such stories at school, because they never went to school. As a result, they had no way of passing these tales on to their children.

And in my British schools, the concept of Indian storytelling was almost non-existent. We were never taught about India’s rich folk tale heritage and ancient cultures (likewise China and Africa). Most of us didn’t realise that fairy tales and stories of talking animals existed in our parents’ traditions too. Folk tales, and stories generally, seemed to be a Western thing. It was as though we were being invited into a secret club, to which our ancestors had not previously belonged.

So when a casual idea became a concrete project, I had to discover India’s rich folk tale heritage as a beginner. I found amazing and often magical tales, full of adventure and trickery, and infused with deeper messages about morality, Life and the world around us. From wicked magicians to wise old priests, charming princes and beautiful princesses – every aspect of the Western tales I’d heard in childhood were present here, too.

Perhaps the most surprising aspect was how similar these Indian tales were to those of the Western tradition. Of particular interest were the Indian tales compiled by Joseph Jacobs (1854-1916). These were published in 1912, and form the basis for much of this collection. Punchkin immediately reminded me of Rumpelstiltskin, and many of the animal tales would find a happy home in Aesop or Kipling.

Of course, there are many differences, too. The Indian tales feel darker in places, and perhaps more moralistic too. Neither do they make allowances for the sensitivity or age of readers. Whilst ostensibly a children’s story, in The Peacock and The Crane the penalty for pride and boastfulness is death rather than a lesson well-learnt. Ditto any modern concepts of political correctness. There are helpless and passive princesses, and wizened old crones aplenty, not to mention heroes who seem only to relish the acquisition of material wealth. However, this tallies with their western counterparts, so perhaps I shouldn’t be too critical.

The rest of the collection comprises retellings of the Akbar and Birbal tales from India’s Mughal period, and other gems that I discovered in passing. Better known than most other Indian tales and widely read in the sub-continent, the Akbar and Birbal stories are wonderfully simple yet leave a lasting impression. Birbal is the patient and wise teacher and Akbar an often impetuous and boastful pupil. Their friendship is warm and full of charm and makes these tales a delight.

In reworking these stories, I will admit to plenty of creative licence. I wanted to make these stories accessible and readable for western audiences of all stripes. As such, many of the previously published versions needed polishing and editing. Joseph Jacob’s original versions were of particular concern and have seen the greatest changes, although the others have been re-imagined too. Keen to keep this collection secular, I have steered clear of religion where possible. I have also removed archaic and often offensive terms, as well as re-working the roles of women in one or two cases.

Continuity and plotting were also an issue. For some of these tales, my starting point was just a few badly translated lines found online, or in obscure, often self-published books. For others, I had dense passages to work through, most of which lacked clarity. In one case, an entire section seemed to be missing. Where possible, I stuck to the original plot lines rigidly. For others, this was almost infeasible, and so I imagined and wrote new connecting scenes. All of this was done to enhance the reading experience and simplify often complicated language.

They aim of this project is to widen potential readership, and take these tales to an audience yet to benefit from reading them. Reworking folk tales can be a hazardous business, and often people become attached to their own versions of a particular tale. I meant no disrespect in modernising these tales. Think of them simply as remixes, intended to engage and enchant modern readers, and to lure them further into Indian folklore.

'Tales from India' by Bali Rai is published by Puffin Classics 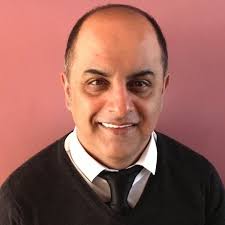 Bali Rai is the multi-award winning author of over 30 young adult, teen and children's books. His edgy, boundary-pushing writing style has made him extremely popular on the school visit circuit across the world and his books are widely taught. Passionate about promoting reading and literacy for young people, he is an ambassador for the Reading Agency’s Reading Ahead project, was involved in the BBC’s Love To Read campaign, and also speaks about issues around diversity, representation, and in defence of multiculturalism. Regularly invited to speak on panels and at conferences, he is also patron of an arts charity and a literature festival. Bali is a politics graduate and was recently awarded an honorary doctorate of letters. His first novel, (Un)arranged Marriage was published in 2001, and his most recent YA novel, Web of Darkness, won three awards and received widespread acclaim. He is currently working on a new YA title, as well as two series for younger readers. His latest title, TheHarder They Fall, is available now.

Posted by Katherine Langrish at 00:29