On schoolyard rhymes and natural storytelling In Thomas Gray's beautiful  'Elegy Written in a County Churchyard', he muses over the unknown, uncelebrated talent of the humble country people who lie buried there:

Some village-Hampden, that with dauntless breast
The little tyrant of his fields withstood;
Some mute inglorious Milton here may rest,
Some Cromwell guiltless of his country's blood.

We tend not to think of ordinary people as particularly eloquent or colourful in their speech. But they often are. Robert Burns was untaught, and John Clare, and many 'mute inglorious Miltons' may, as Gray suggests, have gone to their quiet graves without being appreciated by more than the handful of folk amongst whom they lived.
From such ordinary yet extraordinary folk sprang the great poet Anonymous, without whom we would have no Iliad or Odyssey, no Border ballads, no Thomas the Rhymer or Tam Lin… no fairy tales, no myths, no legends – no Bible – all of which were made up and told aloud by Anon long before they got trapped and written down in big, thick books. Without Anon we’d have no proverbs, no skipping rhymes, no riddles, no jokes. We humans are just naturally good at lively, colourful, poetic speech. We really and truly do not have to be taught how to read and write, still less do we need to be taught the rules of reading and writing – in order to express ourselves.

I was reminded of this by a section in a rather lovely book called ‘Folklore on The American Land’ by Duncan Emrich (Little, Brown & Company, 1972). Here are some extracts. 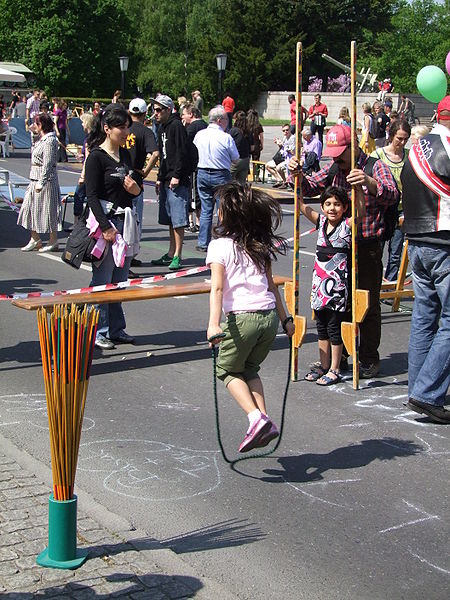 Children make these things up! Children!
Because children naturally love the sounds of words and the rhythms they can make with them. A book is an alien thing to many children – an intimidating, unpleasurable thing. Reading can be a difficult struggle that gets them nowhere slowly and makes them feel like failures. Yet they can all tell stories. On a school visit several years ago now, I said to the children, "I've never been into a school that didn't have a ghost story. When I was at school, there was a disused railway station just along the road, and there were tales of a severed hand that crawled around the platform in the broken glass. Nobody ever saw it, of course, but the story was there. All schools have ghosts."

Hands went up. "We have Bloody Mary in the toilets!" two girls remarked. Now Bloody Mary, in this context, is a supernatural being half feared, half delighted in: she lives in mirrors, and if you stare too long into them, she scratches your eyes out. 'There was a ghost at my mum's school,' a boy told me, 'the ghost of a cleaner who got locked in.'
"There you are!" I was saying. "You tell these stories though nobody knows who made them, because they're fun to hear. And every now and then some of them do get put into books, BUT – and this is the important thing – they don't COME from books. They come from the real world and from real people."
These kids were a great, lively bunch, in a school that didn't get many author visits, and they enjoyed my talk partly because I did a lot of interactive stuff: riddles, some drama; and told stories from the viking sagas and medieval chronicles. You cannot just waltz into a classroom and start talking to twelve year-olds about elves (even though the book I was there to talk about, 'Dark Angels' is all about elves) because twelve year-olds think of elves as little green-stockinged things with red hats dancing around Christmas trees and making toys. And why would they want to hear about that?

So I'd begin by talking about UFO's, and about people who think they've been abducted by aliens and operated on, and even had their brains removed (like Spock in the old StarTrek episode) - and then I'd tell them a genuinely creepy story from a 13th century chronicle about a young squire, who is abducted by elves and has his brain removed. And I'd try to show them how people have been telling the same kinds of stories for hundreds and hundreds and hundreds of years, and how some of these stories can end up becoming woven into the books I and others write.
Anybody can make a story; anybody can tell one. It's a tragedy for children to feel disempowered and divorced from the process of storytelling, because it's one of the things we were all born to do. Trammelling the writing of especially primary school children by marking them on how many adjectival clauses or adverbs or 'wow words' they've used, is a sin. Forget about the wretched fronted adverbials! Stories are meant to be fun! Why should we value the tales children tell one another when they're collected by adults and printed in the Journal of the Folklore Society, yet dismiss them in the playground? I want our children to know that the stories they tell one another are just as real as the ones that get written down in books. And if they know that, perhaps they'll lose their fear of reading and writing them.
Returning to Duncan Emlich's book briefly, here from the Ozarks – from the French ‘Aux Arks’, Arks being the shortened form for Arkansas – are a number of wonderfully colourful phrases and turns of speech, all of them coined by ordinary folks:

In Boone County, Arkansas, a barefoot young farmer to his sweetheart: “The days when I don’t git to see you are plumb squandered away and lost, like beads off’n a string.”  (That's a love poem.)

In Baxter County, Arkansas, a fellow professed dislike for the Robinson family: “Hell is so full of Robinsons that you can see their feet stickin’ out of the winders.”  (Wonderful comic hyperbole, and makes his point.)

And perhaps my favourite: on a very hot day an old woman says: “Ain’t it awful? I feel like hell ain’t a mile away and the fences all down.”

Miltons: the lot of them. Uncelebrated, maybe! But definitely not mute.