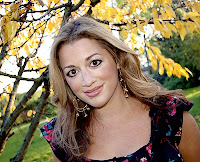 Inbali Iserles has been an animal-lover all her life. And from childhood she has loved to write. Aged eight, she wrote a poem called ‘Rich Cat/Poor Cat’, which won a prize (I’m not allowed to reproduce it here!) – but it would take years of secret scribbling before she revisited feline themes in her first book, ‘The Tygrine Cat’.  The sequel, 'The Tygrine Cat on the Run', has just been published by Walker.


One of the nice things about this Fairytale series is the wide variety of writers and books I get to talk about before the fairytale post itself. The fantasy/fairytale tradition is so flexible, so very much wider than the stereotype (of medieval-style, magic-filled alternative world). One variety which I don’t think has yet been represented in these posts is the ‘animal’ fantasy. There are numerous examples, ranging from what C.S Lewis called ‘dressed-up’ animals (Beatrix Potter, Brian Jacques) to romantic idylls of humans and animals living together (Kipling’s Jungle Books, Selma Lagerlof’s The Wonderful Adventures of Nils) to semi-naturalistic (Watership Down): the point of it all is – I suspect – to fulfil the age-old yearning to be one with the animals – to understand what they ‘say’.

Konrad Lorenz, in his classic book about the language of animals, ‘King Solomon’s Ring’ (1950) refers to the ancient legend that wise King Solomon possessed a magical ring which gave him power to talk to the beasts. He continues that he has every reason to credit Solomon’s powers: “I can do it myself, and without the aid of magic, black or otherwise.” Further on:

The mysterious apparatus for transmitting and receiving the sign stimuli which convey moods is age-old, far older than mankind itself. In our own case, it has doubtless degenerated as our word-language developed. Man has no need of minute intention-displaying movements to announce his momentary mood: he can say it in words. But jackdaws and dogs are obliged to ‘read in each others’ eyes’ what they are about to do in the next moment. For this reason, in higher and social animals, the transmitting as well as the receiving apparatus of ‘mood-convection’ is much better developed and more highly specialised than in us humans.

Inbali tells me she got the idea for her book ‘The Tygrine Cat’ as she ‘distracted a peevish infant with an encyclopaedia of cat breeds.’ She began to imagine a rivalry between ancient feline tribes. But, unlike Brian Jacques’ fantasies, these were not to be ‘dressed-up’ animals. Her cats are cats. They live in the modern, human world. They behave and react to one another as cats naturally do. However, they can ‘speak’ to one another, and – as owners of cats sometimes suspect! – lead rich, adventurous lives under the very noses of oblivious mankind.

Mati is ‘the Tygrine Cat’, exiled princeling of a cat kingdom far away, stranded on our shores and left to fend for himself among the feral and stray cats of ‘Cressida Lock’, a vividly imagined city marketplace. Inbali has a wonderful sense of place, and Cressida Lock and the desert kingdom from which Mati comes are presented from a low-down, cats’ eye viewpoint, tactile and full of smells and noises. Moreover, the cats have their own mythology, or spirit world. It’s called Fiåney, and is the home of powerful cat spirits and forces for both good and evil. ‘The Tygrine Cat’ and its recently published sequel ‘The Tygrine Cat on the Run’ is the story of how Mati ‘comes of age’, learns to trust himself and his friends, and reclaims his lost kingdom.

In this passage, Mati enters the spirit world:

A dim light filtered through the open door of the chamber from the overhead grille. Twilight. Mati settled back in the warm chamber and closed his eyes. He waited for sleep to reclaim him. A breeze drifted through the catacombs, nudging the door to and fro. Heat rose from the base of his paws. Fiåney was calling. His whiskers trembled, than relaxed. His head felt light, his body weightless. Floating into the dream-wake, the air became a rich, indigo blue. He sensed three passages unfurling before him, tugging at him at once in different directions. He started towards the middle passage with fluid steps… Dimly, at the end, he saw a sandy hilltop with a small mound of rocks. Beyond it the sky was crimson. Mati started to approach… [then] from the passage to his left, a voice called his name – the beautiful sonorous voice of a queen.


Part of the pleasure of the books comes from Inbali’s sharp observation of cat behaviour, the ‘mysterious apparatus for transmitting and receiving sign stimuli’ of Lozentz’s remarks. As I’ve already said, her cats really are cats. Here’s a moment when Pangur, leader of the Cressida Lock cats, considers Mati’s warning of danger:


Pangur sat in silent thought for a moment, studying the catling. His ears were pointed forward and he seemed relaxed. Only the twitchy beats of his tail betrayed his worries.

A page later, he addresses a meeting of the cats:

“Mati’s senses are not like others. He can commune with spirits – spirits from Fiåney.” This was news to no one at Cressida Lock. Still, the cats mewed and whispered as though in surprise. Several looked at Mati, whose ears were pressed flat against his head as his tail clung to his flank. He hated the attention.

Of course – cats hate being looked at by other cats…

Inbali was born in Israel, but came to London with her family at the age of three when her father took up a post at London University. When she was eleven the family spent a year in Tucson, Arizona – she claims to have arrived a tomboy and departed well-groomed and tidy! – before returning to England, where she eventually studied at the Universities of Sussex and Cambridge before becoming a lawyer. She lives in Islington, London, with four degus - exotic rodents rescued from the RSPCA. In her spare time she's a committed globetrotter, a passion that has taken her to the depths of the Amazon Rainforest and the bubbling geysers of Iceland.  In addition to her two books about the Tygrine Cat, she has written another children’s book called ‘The Bloodstone Bird’.

Besides Solomon's legendary ability to talk to the animals, the Bible has other stories.  There's Balaam's ass, miraculously given the power to speak to its owner and deliver some good advice.  And there's the archetypal myth of Adam, who names the animals as a sign of mastery over them. So it's very appropriate, I think, that Inbali, who loves animals and writes about them so well, has chosen to talk about the power of names and naming, in the fairytale - 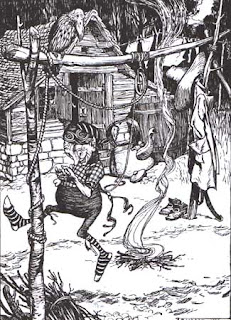 Posted by Katherine Langrish at 01:09