The Value of Mythical Thinking 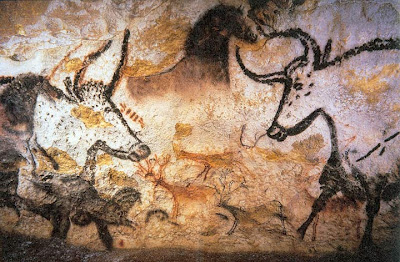 Myths (so runs the myth) belong to past ages, when people were naïve enough to believe in them. Today, in scientific modern times, we’ve put away such childish things. So why bother with fantasy? Isn’t it just puerile escapism? Even children are expected to grow out of myths and fairytales, and surely any adult found reading or writing the stuff cannot expect to be taken seriously? Can fantasy really have anything meaningful to say?

These are interesting questions. As I try to answer them in what may seem a round-about way, I’ll begin with an even bigger question:

What makes us human?

The answers to this one keep being refined. A special creation in the image of God – for centuries a popular and satisfying answer? Difficult to sustain as it became clear that we’re only one twig on the great branching tree of evolution. Language? Perhaps, but the more we study other animals and birds, the more we realise many of them communicate in quite sophisticated ways. Toolmaking? Not that distinctive, as chimpanzees and a variety of other animals employ twigs and stones as tools. Art? It depends what you mean by ‘art’ – if you think of bower-birds designing pretty nests to attract their mates, it seems clear that some animals do have an aesthetic capacity. So are we different from other animals at all?

Common sense says yes – at the very least, we have taken all these capabilities incomparably further than other animals – but is that really the best we can do for a definition? What was the point at which our ancestors became recognisably ‘us’, and in what does that recognition rest?

Innovation is one answer – the development and bettering of tools. Homo habilis and homo heidelbergensis lived with one basic design of hand axe for about a million years. When, on the other hand, we see signs of people messing about and tinkering and trying out new ideas, we recognise ourselves.

Related to this is another answer: symbolic thinking. Maybe some of our closest relatives are partially capable of it – a chimpanzee can recognise a drawing or a photograph, which means nothing to a dog. But wild chimps don’t indulge in representational art. Sometime, somewhere, somebody realised that lines of ochre or charcoal drawn on stone or wood could stand for a horse or a deer or an aurochs. That in itself is an amazing leap of cognition. On top of that, however, there had to be some fascination in the discovery, some reason to keep on doing it – some inherent, achieved meaning that had nothing directly to do with physical survival. What? Why?

I think it may be because, somewhere along the line, human beings became sufficiently self-aware to be troubled by death. When you truly understand that one day, you’ll die, the whole mystery of existence comes crashing down on you like the sky falling. Why are we here? What was before us? Where did we come from and where will we go?

The ‘mystery of existence’ is an artefact. We choose to ask an answerless question, and that question is at the core of our humanity. The before-and-after of life is a great darkness, and we build bonfires to keep it out, and warm ourselves and comfort ourselves. The bonfire is the bonfire of mythical thinking, of culture, stories, songs, music, poetry, religion, art. We don’t need it for our physical selves: homo heidelbergensis got on perfectly well without it: we need it for humanity’s supreme invention, the soul.

Karen Armstrong claims that religion is an art, and I agree with her. In her book ‘A Short History of Myth’ she examines the modern expectation that all truths shall be factually based. This is what religious fundamentalists and scientists like Richard Dawkins have, oddly, in common. A religious fundamentalist refuses to accept the theory of evolution because it appears to him or her to disprove the truth of Genesis, when what Genesis actually offers is not a factual but an emotional truth: a way of accounting for the existence of the world and the place of people in it with all their griefs and joys and sorrows. It’s – in other words – a story, a fantasy, a myth. Its purpose is not to explain the world, like a scientist. Its purpose is to reconcile us with the world.  Early people were not naïve. The truth that you get from a story is different from the truth of a proven scientific fact. 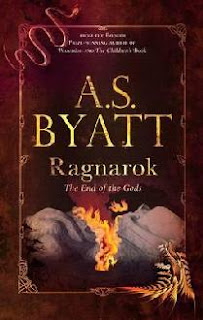 'A Short History of Myth' is one of a series of titles on myths published by Canongate, and I love the creative freedom they have extended to their authors. Among the others are Margaret Atwood's 'Penelopiad', the woman's take on the events of the Iliad and Odyssey; Jeanette Winterson's 'Weight', a reworking of the myth of Atlas who holds up the world, Philip Pullman's 'The Good Man Jesus and the Scoundrel Christ', and - most recently - A.S Byatt's marvellous 'Ragnarok', her testament to the impact of the Norse myths when she first encountered them as 'the thin child in wartime'.  That these are all personal approaches - blends of personal experience, personal understanding of science, philosophy, myth, religion and storytelling - is the whole point. This is the human way.

Any work of art is a symbolic act. Any work of fiction is per se, a fantasy. In the broadest sense, you can see this must be so. They are all make-belief. Tolstoy’s Prince André and Tolkien’s Aragorn are equal in their non-existence. Realism in fiction is an illusion – just as representational art is a sleight of hand (and of the mind) that tricks us into believing lines and splashes of colour are ‘really’ horses or people or landscapes.

The question shouldn’t be ‘Is it true?’, because no story provides truth in the narrow factual sense. The questions to ask about any work of art should be like these: ‘Does it move me? Does it express something I always felt but didn’t know how to say? Has it given me something I never even knew I needed?’ As Karen Armstrong says, “Any powerful work of art invades our being and changes it forever.” If that happens, you will know it. It makes no sense at all to ask, ‘Is it true?’

This is my credo: fantasy deserves to be taken seriously - read and written seriously - because there are things humanity needs to say that can only be said in symbols. Here’s the last verse of Bob Dylan’s song ‘The Gates of Eden’ (from ‘Bringing it All Back Home’):

At dawn my lover comes to me
And tells me of her dreams
With no attempts to shovel the glimpse
Into the ditch of what each one means
At times I think there are no words
But these to tell what’s true:
And there are no truths outside the Gates of Eden.
Posted by Katherine Langrish at 01:58