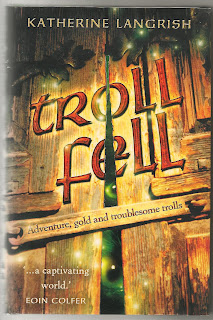 I hope you'll forgive a little blatant self-promotion, but I'm going around this morning with a grin like a Cheshire Cat, after a couple of good friends got in touch to say my first book, Troll Fell, was given a really good shout-out on BBC Radio 4's book program, Open Book, yesterday!  Novelist and critic Amanda Craig was in conversation with Lyn Gardner and Mariella Frostrup; and the second half of the program was about 'the golden ages' of children's books, and whether or not the classic children's book, accessible to what in the US are called middle-graders and over here, more long-windedly, 'seven to eleven year olds', is currently overshadowed by teen fiction.

It's an interesting discussion with people who know their stuff - and I was thrilled to hear Amanda recommend 'Troll Fell' and its sequels (now in one volume as 'West of the Moon') as one of the best reads for the age group. Yay!

I think children aged seven to eleven or twelve or so ARE at a golden age - I love doing talks to them, they are so enthusiastic and receptive and just generally fun - and I agree with Amanda and Lyn that there has been more than one Golden Age of books written for them.  But listen for yourselves!

Click here to go to the programme.  The whole thing is worth listening to, but it's the last ten minutes which concern childrens' book, so it you want to concentrate on that, you can slide the cursor along.

Meanwhile I can't wipe that smile off my face. 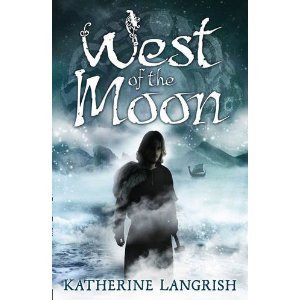 Posted by Katherine Langrish at 01:38