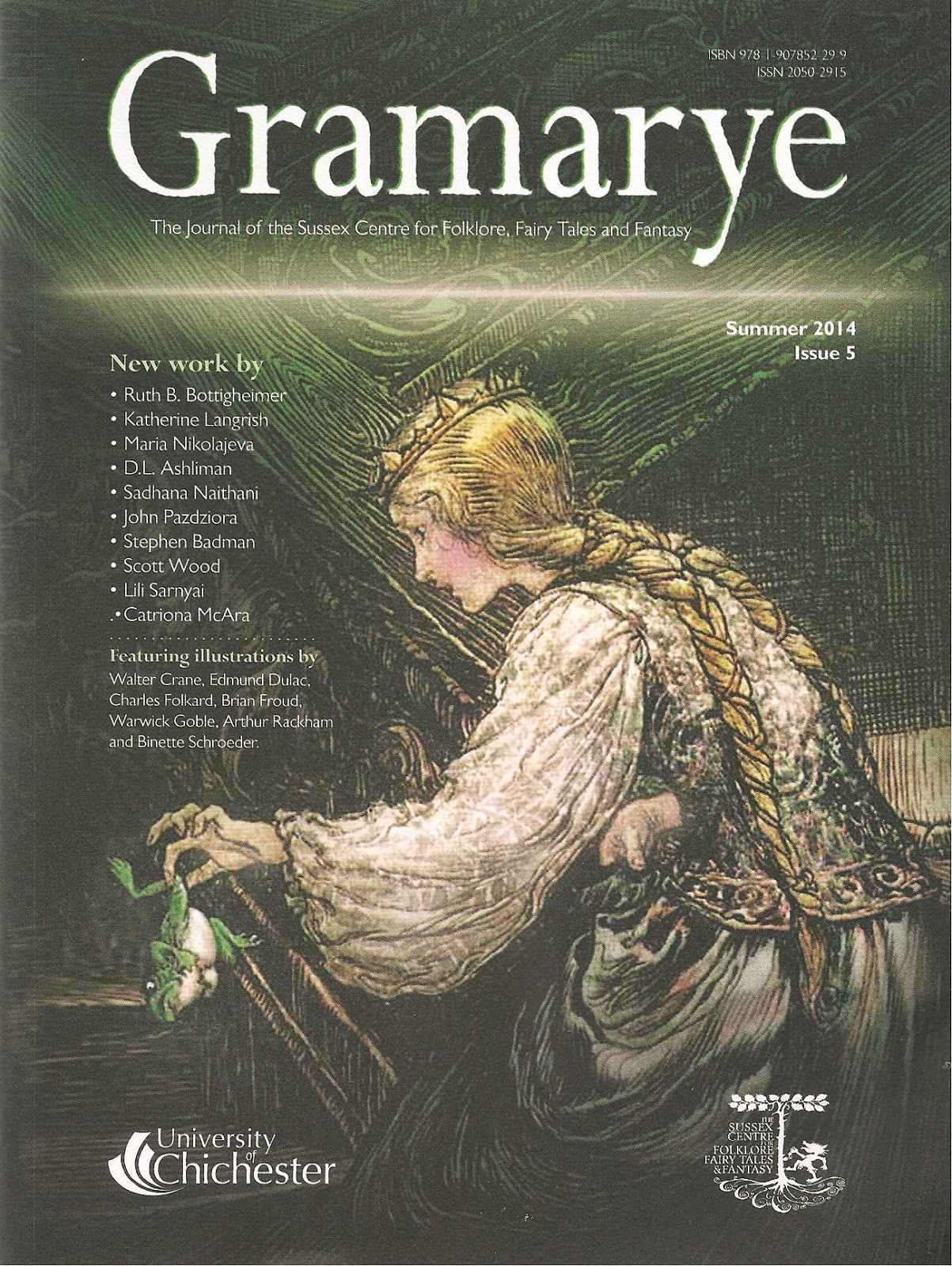 I'm more than happy to tell you all that this fifth issue of Gramarye,  journal of the Sussex Centre for Folklore, Fairytales and Fantasy, contains  a brand new short story by me called  'By Fynnon Ddu'.  Much of it is told as a dialogue between a water spirit  and a hearth-hob or brownie - and it takes place in an imaginary part of the Welsh Marches towards the end of the 11th century. It's a prequel to my novel 'Dark Angels',  in which these same characters reappear a century later.  (You can do this with supernatural characters: it's fun!)  This is how it begins...

The hearth-hob of the place called Hen Gaer crouched in long soaking grass at the edge of the old well, Fynnon Ddu, watching for frogs.

Hen Gaer wasn't much.  It was a tumble of stones, a cluster of hawthorns growing on a rise between the river ford and the old stone road the Welsh called  Sarn Helen. It was brambles, and sudden pockets of bog, and the sound of hidden water.  It was parched lines in the turf on a summer day.  For a thousand years folk had come here and built their huts and houses, lived and left and been forgotten.

And now new people had arrived and set to work.

As always happens, this story owes much to other writing which I've grown up with and loved - Harold Monro's poem 'Overheard On a Salt Marsh' is one - but especially Rudyard Kipling's 'Puck of Pook's Hill' and 'Rewards and Fairies'.  Like Kipling I was interested in trying to suggest, as well as magic, a sense of deep time: the layers upon layers of history that lie thick as centuries of  leaf mould in the British landscape.

And one of those delightful things happened while I was writing it: I found out something I hadn't known before. I found out the reason why the sad, ghostly White Lady in 'Dark Angels is so obsessed with her inability to enter the Christian chapel of the early Norman castle, La Motte Rouge.

Besides my story (perfectly matched with a beautiful illustration  by Brian Froud) there is much else in this journal to fascinate, educate and amuse - including a piece by my fellow-editor and partner in crime at Unsettling Wonder,  John Patrick Padziora - see below.  Here's the list of contents, and the link in case you feel you'd like to buy!

Issue 5 of Gramarye, the Centre’s journal for folklore, fairy tales and fantasy, is now available to purchase here. The journal is designed to appeal to both academics and the interested public.
This issue’s contents include: