The Naming of Dark Lords (a Difficult Matter)


It isn't just one of your fantasy games... 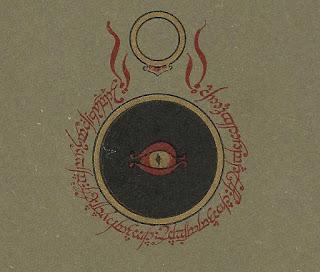 Aged nine or so, one of my daughters co-wrote a fantasy story with her best friend. By the time they’d finished it ran to sixty or seventy pages, a wonderful joint effort – they’d sit together brainstorming and passing the manuscript to and fro, writing alternate chapters and sometimes even paragraphs. There were two heroines (one for each author) and sharing their adventures was a magical teddybear named Mr Brown who spoke throughout in rhyming couplets. Transported to a magical world on the back of a dove called Time – who provided the neat title for the story: ‘Time Flies’ – the trio find themselves battling a Dark Lord of impeccable evil with the fabulous handle of LORD SHNUBALUT (pronounced: ‘Shnoo-ba-lutt’.)  The two young authors had grasped something crucial about Dark Lords. They need to have mysterious, sonorous, even unpronounceable names. 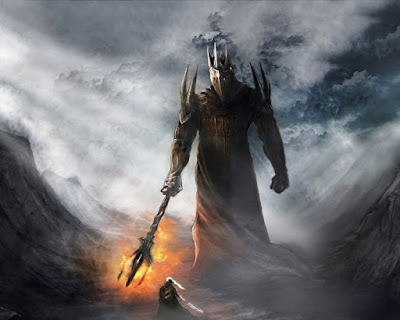 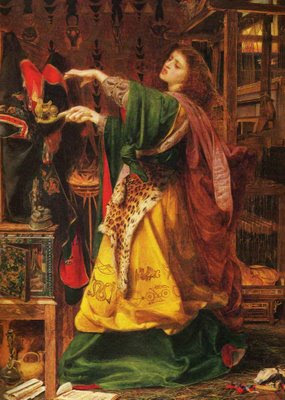 Blood, power (and racism): White is clearly very frightened of this woman. He didn’t find her character in Le Morte D’Arthur: Malory’s Morgawse is a great lady whose sins are adulterous rather than sorcerous – but her half-sister MORGAN LE FAY is an enchantress whose name is derived from the Old Welsh/Old Breton Morgen, connected with water spirits and meaning ‘Sea-born’. A final example from Celtic legend is Alan Garner’s ‘MORRIGAN’, a name variously translated as Great Queen or Phantom Queen, depending this time on whether the ‘Mor’ element is written with a diacritical or not. Enough already!

Not every Dark Lord’s name works as well as Sauron and Voldemort. I’m underwhelmed by Stephen Donaldson’s ‘LORD FOUL THE DESPISER’ from The Chronicles of Thomas Covenant, Unbeliever. Donaldson seems jumpily aware of the long shadow of Tolkien. He struggles to produce convincing names (for example the Cavewight ‘Drool Rockworm’ whose name to my mind belongs not in the Land, but in the Discworld). I've always thought that to call a Dark Lord ‘Lord Foul’ is barely trying, and tagging ‘the Despiser’ on to it doesn’t help. (‘He’s foul, I'm telling you! He’s really foul! I’ll prove it – he despises things too!’) Tacking an adjective or adverb on to a fantasy name often only weakens it, as in the case of the orc-lord AZOG THE DEFILER whom Peter Jackson introduced to the film version of The Hobbit. Azog is to be found in Appendix A of The Lord of the Rings, where Tolkien writes in laconic prose modelled on the Icelandic sagas, of how Azog killed Thrór, hewed off his head and cut his name on the forehead (thus indeed defiling the corpse). 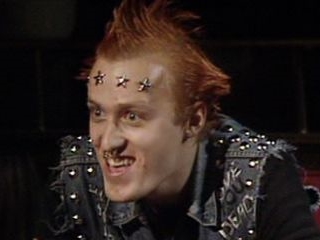 It probably also explains their peculiar names. Most teenage boys at some point reject the names their parents picked for them and go in for inexplicable nicknames like Fish, Grazz, or Bazzer… Anyway, the all-out winner of the Dark Lord Weird Name competition has got to be Patricia McKillip, whose beautiful fantasies are written in prose as delicate and strong as steel snowflakes (Ombria In Shadow is one of my all-time favourites). But the Dark Lord in her early trilogy The Riddle-Master rejoices in (or is cursed with) the altogether unpronounceable and eye-boggling GHISTELWCHLOHM. He wins hands down. Lord Schnubalut, eat your heart out.

Adrian Edmonson as Vyvyan Basterd from The Young Ones http://www.aveleyman.com/ActorCredit.aspx?ActorID=5137
Posted by Katherine Langrish at 07:54