'The Museum of Shadows and Reflections' by Claire Dean: Review 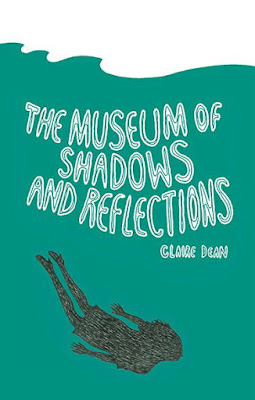 Claire Dean’s fairy stories are for adults, not because anything in them is inappropriate for children, simply because most children would find them difficult to understand. Much is left hanging in the air, hinted yet unsaid. I was already familiar with a few of the stories which have previously appeared in various new fairy tale journals, and the words I’d have used to describe them would have been ‘beautiful', 'airy', 'delicate’. Now, ‘delicate’ is a word that isn’t always welcome: it can signal ‘slight’; surely ‘delicate’ rules out ‘powerful’? Well, Hans Christian Andersen could write beautiful, airy, delicate fairy tales which have the emotional kick of a mule. At her best so can Dean, and this collection showcases a very talented writer whose work is getting better and better. The illustrations by Laura Rae perfectly complement the text.

‘You have to catch their coats while they’re young’ is the mantra of a faded and nameless north-country village where most of the locals are married to or descended from swan maidens.  In ‘Feather Girls’ a man makes an habitual visit to the local pub to share a couple of pints and a packet of crisps with the swan-maid whom, unlike the other village men, he has refused to trap. In Dean’s elegant, sharp writing the ‘feather girl’  comes to life, ‘tall and slight in her downy white under dress, and she compulsively twiddled her fingers, as though when she had them she couldn’t bear not to be using them’. And ‘she plucked at the crisps … as though her fingers became her beak and her long thin arm took the place of her graceful neck’. It’s a story about love, loneliness and the price of freedom: it’s also perhaps a story about the way custom turns the strangest things into the quotidian. But I was left asking myself why the feather girl would join the man at all?  How far should gratitude for not being enslaved take you?  Is she sorry for him? Are there no feather men in the lake?

People in Dean’s stories tend to be nameless: often only the subsidiary characters have names. In traditional fairy tales it’s usual for the main character to be ‘the boy’, ‘the maiden’, ‘the king's daughter’, and so universal rather than particular. Dean takes this further towards anonymity by referring to her characters with simple pronouns: ‘he’, ‘she’. It usually works I think, but occasionally the anonymity can get a little characterless. The opening story, ‘Raven’, is based on another animal transformation tale, ‘The Raven’ from the Brothers Grimm. An exhausted mother wishes her restless child would change into a raven and fly away.  In the traditional fairy tale this is the beginning of magical adventures out in the forest. Dean shows the interaction of raven-child and mother within doors, within the domestic setting. The bird-baby is active, full of energy, curiosity, boldness; the mother is passive: she copes better with the raven than she did with the child, but is emotionally numb:

I watched her watch the flock of ravens as they flew out of sight over the terraced roofs, chasing wind-torn scrags of cloud. I was still holding my arms as though to cradle her and support her head.

It’s very dreamlike. ‘I watched her’; ‘I was still holding my arms as though to cradle her’ – such physical stiffness and inability to react seem at odds with the vigorous, lively descriptions of the first-person narration. The mother seems to feel neither surprise nor responsibility for her daughter’s transformation, though maybe that too is the point: the baby has always felt alien to her. 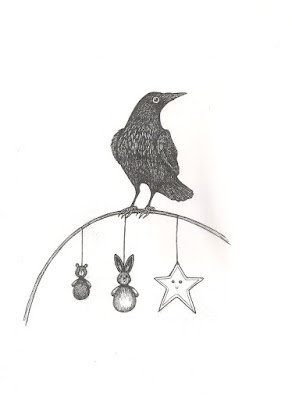 In ‘Growing Cities,’ a little girl visits the greenhouse where her Granddad grows cities from seed. A woman who works in the seaside ‘Museum of Shadows and Reflections’ takes an unexpected revenge when she is overlooked for a position. In the lovely ‘Chorlton-under-Water’ a resident clings on to life in her own home even after it’s been submerged in the new reservoir, and ‘A Book Tale’ is a charming, topsy-turvy, inside-out story reminiscent of traditional fairy tales in which girls travel east of the sun, west of the moon to rescue their lovers, or fall down wells into fairy kingdoms. These are all delightful, and there are many more.

I did occasionally wish Dean had drawn with bolder strokes: when she does, the effect is electrifying.  The best stories in the collection are also the most recent. ‘The Sand Ship’ is a splendidly weird tale about the power of imagination, narrated by a bossy, rather unpleasant little boy as he plays with his sister on a toy ship in a playground. It’s tough and funny and I loved the sudden, surreal ending. In ‘The Stone Sea’, the growing, miniature stone seafront (complete with stone funfair) in Rivalyn’s living room seems to parallel the gradual petrification and loss of her memory. Finally, ‘Glass, Bricks, Dust’ is outstanding: a softly sinister tale of a boy playing alone on a mound of rubble by a demolition site: ‘At the top of the mound he was king.’  On summer evenings he stays out late, making play cities from bits of broken glass, ‘balancing roofs on them, building towers’. As dusk is falling,

He heard nine chimes of the town hall clock. For a moment, the lamppost looked like a tall thin man wearing a large black hat. When the man turned towards him, he looked like a lamppost…  face to face with the boy with his feet still planted in the pavement.

Dark and utterly assured, this story has the strength and coherence of Neil Gaiman’s ‘Coraline’ and is a terrific achievement. ‘The Museum of Shadows and Reflections’ is a collection of beautiful, disturbing stories which will bear reading and rereading. I unreservedly recommend it and look forward to whatever this author does next.

THE MUSEUM OF SHADOWS AND REFLECTIONS by Claire Dean, illustrated by Laura Rae, is published by Unsettling Wonder and available from Amazon (click here)