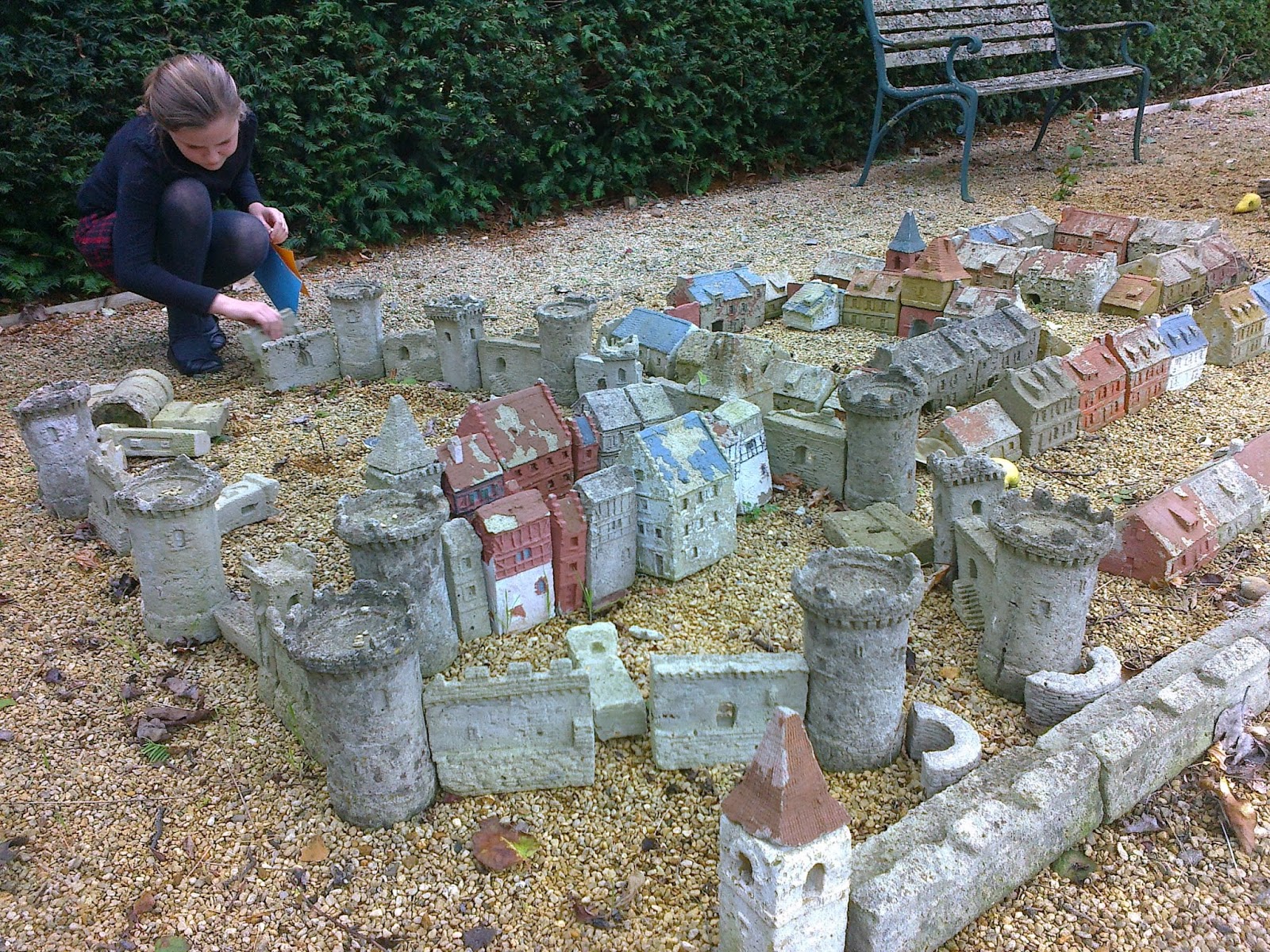 This wonderful little city stands, as if sprung from the soil, in a neighbour's garden. It reminds me of the medieval French city of Carcassonne, whose name was used by Lord Dunsany for a faerie city in one of his tales, though rather oddly he seems to have picked the name from a reference in a friend's letter and never to have known it is a real place:


Some had heard of it in speech or song; some had read of it and some had dreamed of it. ...Far away it was, and far and far away, a city of gleaming ramparts rising one over the other, and marble terraces behind the ramparts, and fountains shimmering on the terraces. To Carcassonne the elf-kings with their fairies had first retreated from men, and had built it on an evening late in May by blowing their elfin horns. Carcassonne!  Carcassonne!

Travellers had seen it sometimes like a clear dream, with the sun glittering on its citadel upon a far-off hilltop, and then the clouds had come or a sudden mist; no one had seen it long or come quite close to it; though once there were some men that came very near, and the smoke from the houses blew into their faces, a sudden gust—no more, and these declared that some one was burning cedarwood there. Men had dreamed that there is a witch there, walking alone through the cold courts and corridors of marmorean palaces, fearfully beautiful and still for all her fourscore centuries, singing the second oldest song, which was taught her by the sea, shedding tears for loneliness from eyes that would madden armies, yet will she not call her dragons home—Carcassonne is terribly guarded. 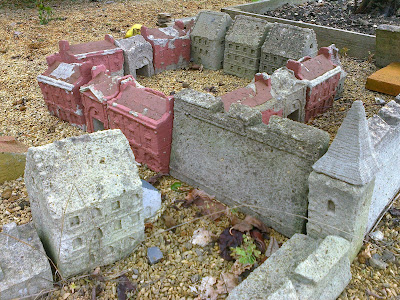 Dunsany was brilliant at fairy cities and gives them wonderful names. I'm sure he must have wandered past the same house, in one of his cities, from whose magic casement John Keats leaned to view  'the foam of perilous seas, in faerie lands forlorn.'  How about Bethmoora of the Copper Gates? "To and fro they swing, and creak in the wind, but no one hears them. They are of green copper, very lovely, but no one sees them now. The desert wind pours sand into their hinges, no watchman comes to ease them. No guard goes round Bethmoora's battlements, no enemy assails them. There are no lights in her houses, no footfall in her streets; she stands there dead and lonely beyond the Hills of Hap, and I would see Bethmoora again, but I dare not."
In his wonderful river tale, 'Idle Days on the Yann', the boat 'Bird of the River' comes to beautiful Mandaroon, a city of white pinnacles and ruddy walls, full of incense, and the smoke of poppies "and the hum of distant bells", where all the people are asleep, for if they wake, the gods will die...

And in far-famed Perdóndaris with its temples of silver and onyx, the narrator discovers a massive gate carved from one single piece of ivory: a rash choice of building material! For, "even as I ran I thought I heard far off on the hills behind me the tramp of the fearful beast by whom that mass of ivory had been shed, who was perhaps even then looking for his other tusk."

Dunsany's cities don't endure, and that is the romance of them. Anyway, my neighbour's little fairy city reminds me of this poem of Kipling's, from 'Puck of Pook's Hill'.


Cities and Thrones and Powers
Stand in Time’s eye,
Almost as long as flowers,
Which daily die:
But, as new buds put forth
To glad new men,
Out of the spent and unconsidered Earth
The Cities rise again.

This season’s Daffodil,
She never hears
What change, what chance, what chill,
Cut down last year’s;
But with bold countenance,
And knowledge small,
Esteems her seven days’ continuance,
To be perpetual.

So Time that is o’er-kind
To all that be,
Ordains us e’en as blind,
As bold as she:
That in our very death,
And burial sure,
Shadow to shadow, well persuaded, saith,
“See how our works endure!” 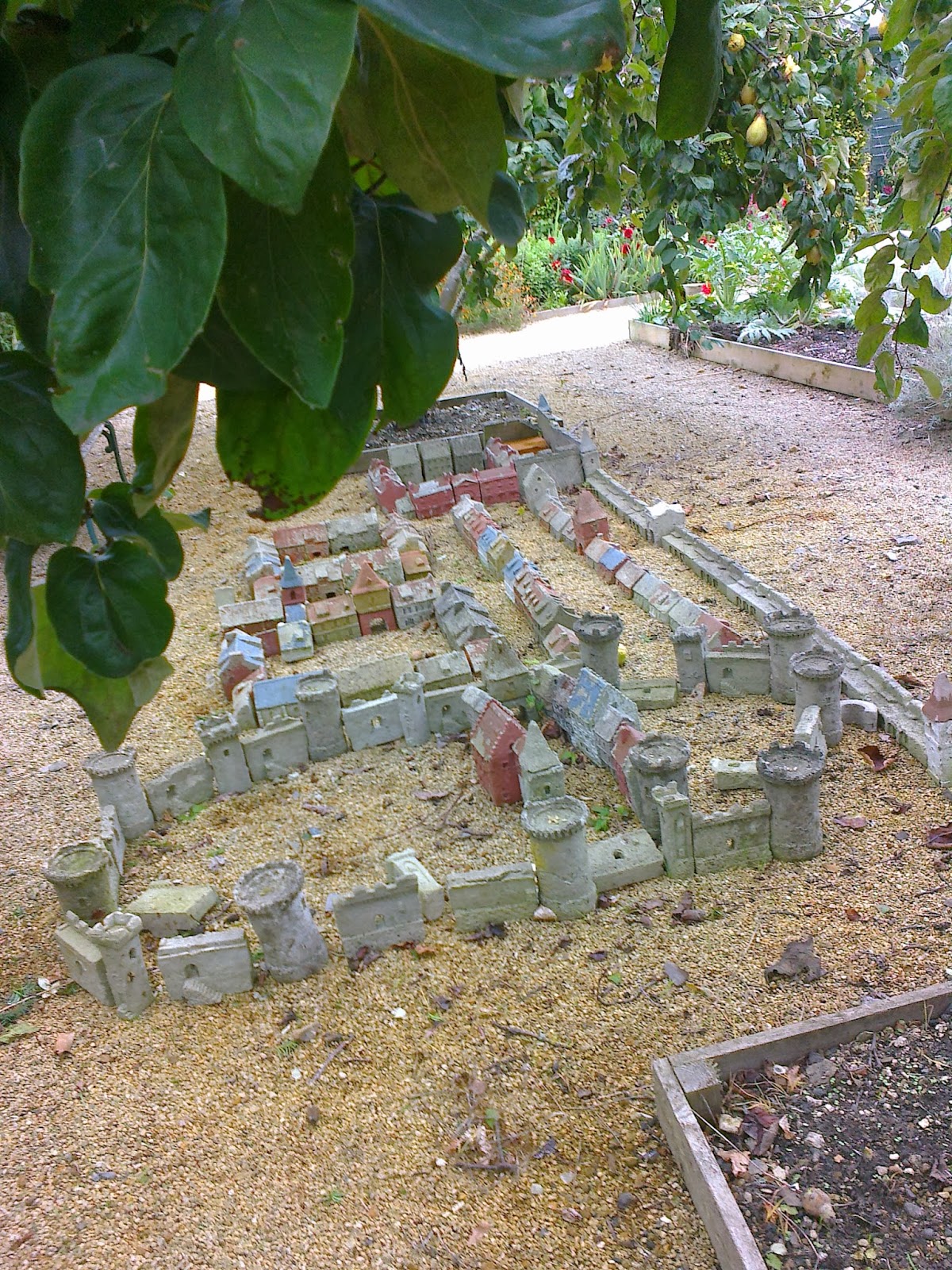 Posted by Katherine Langrish at 01:10