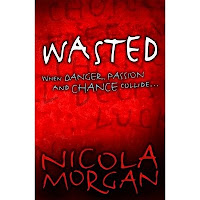 Luck - or the goddess Fortuna - used to be portrayed in art as a woman turning a ever-moving wheel, the Wheel of Fortune, on which people rode from success to failure and from failure to success.   Chance, fortune: the fall of the dice, the pattern of the cards, the flip of a coin - down the ages, people have used them in attempts to steer themselves through the multiple possibilities and uncharted waters of the future. Now here's a brilliant YA novel by Nicola Morgan that explores all this.  The hero is Jack, a teenager with a double tragedy in his past.  His life was changed for ever by a set of freak circumstances, and now he's obsessed by the 'what-if's' and 'if only's' of past and future.  If even tiny events may have unpredictably catastrophic results, how can you choose your way?  Jack has, he thinks, found the answer.  He tosses his lucky coin and allows chance to guide him.  But can chance ever be a sure guide?

The book is riveting - touching, thought-provoking, un-put-downable.  I asked Nicola if she would make a guest appearance on my blog, and she kindly agreed - so here she is this morning to talk about luck in publishing - and how you might make it work for you! 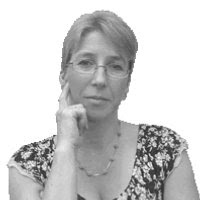 Since my new novel, Wasted, is about huge and unpredictable effects of tiny “lucky” chances on our lives, I’m seeing examples of chance and luck everywhere. Luckily, as this blog tour means I need to write about it in lots of different ways! I like Kath’s suggestion of writing about the part that luck plays in getting published, as it fits my other blogging hat: the how to get published one. So, thanks, Kath and thanks so much for letting me visit you here.

Everyone says you need luck to get published. If you’re struggling / failing, it’s tempting to blame bad luck: you’re talented, hard-working, and deserving, but the luck fairy hasn’t sprinkled stardust on you yet.

Of course, some people certainly do strike it lucky. A real “right-time-right-place” event, meeting the right person at the right moment, for example, or sending an MS and just happening to have it read by exactly the person who was looking for exactly that MS.

And that’s what people usually mean by needing luck to be published. But there are three ways in which you might think differently.

First, we are woolly in our thinking about luck. We talk about luck when it was perseverance or judgement; and we fail to notice other things that actually are luck, such as the presence of talent in the first place. Oh, and there’s certainly luck in what happens to a book after it’s published – at least in the sense that the writer has little control, and we can work our socks off, doing all the right things, yet still have mediocre sales. (Ask me!)

Second, regarding the act of becoming published: actually you don’t NEED luck. Of the three elements of getting published – talent, perseverance and luck – you only need two, any two. If you have talent and you persevere for long enough, you won’t need luck. Think about throwing dice, trying to throw a double six. You could be lucky first time; but otherwise, if you throw the dice often enough, eventually you WILL throw a double six. That’s not luck: it’s perseverance.

Third, and most importantly, it’s in our control to create a good environment for luck. Not totally control it, but draw it to us by our actions. If you don’t believe me, read Richard Wiseman’s The Luck Factor. (And my blog post here – The Luck Factor) I’m not talking about the appalling luck that hits some people through no fault of theirs. I’m talking about the many ways in which you can encourage the luck fairy to sprinkle fairy dust. Hey, fairy – pick me, pick me!

Here are my top tips for being “lucky” in publishing – and they apply equally to published and unpublished writers:

In a way, this boils down to one word: do.

Hang on: do we really want to be published through luck, or through talent and hard work? Because if we want it to happen through talent and hard work, we shouldn’t be looking for that luck fairy to sprinkle sickly sherbet fairy dust, should we?
In which case, aren’t those tips redundant? No, I think they are good strategies. Good strategies make good results more likely.

A couple of days ago, on 6th May, I was talking to a teenage reading group, The Cat’s Rrar (http://thecatsrrar.wordpress.com/). Why did this happen? I was in the Children’s Bookshop in and plucked up courage to introduce myself to the new bod behind the till. Turns out it was Cat Anderson, formerly of Borders, and she knew my books and had just started blogging. My mind instantly went into, “What could I do for her?” mode. I told her about my new book and blog, asked if she’d like a copy for her group and offered to talk to them. This lucky meeting led to some great contacts and new readers. Did I say lucky? I shouldn’t. I could have walked out of that shop after just buying a book but I chose to introduce myself and it was that simple but slightly scary choice that led to good “luck”. Sometimes it’s really embarrassing and I cringe but this time it has led to something really good.

PS If you want to try your luck at winning a copy of Wasted, head over to the Wasted blog (www.talkaboutwasted.blogspot.com), and sign up as a follower to be entered in the weekly draw. I’d love to see you there and I have loads of discussions going on about luck, chance, risk and quantum physics!

Posted by Katherine Langrish at 01:33