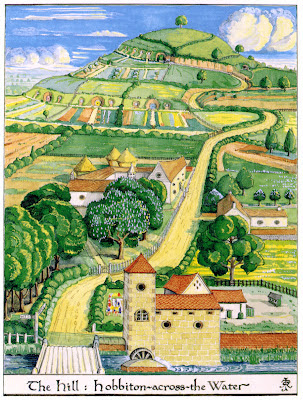 As I'm sure you know, 'The Hobbit' was seventy-five on Friday last.  Quite clearly the only possible response was to hurry off to a Party of Special Magnificence.  Which was the reason I found myself in London for an evening of celebratory readings and conversation at the British Library.

The speakers were the academic and writer Adam Roberts (author of the spoof 'The Soddit'); the ebullient and talented writer and broadcaster Brian Sibley, who created the BBC radio versions of The Hobbit and The Lord of The Rings; David Brawn of HarperCollins, who was there to show us many of Tolkien's own marvellous illustrations (published in a wonderful book called The Art of the Hobbit); and Jane Johnson, a Tolkien expert and lifelong enthusiast, who has also written the companion books to all the films.

The speakers were erudite and entertaining, the readings were rich and marvellous, and the artwork was haunting and evocative. I learned several things I'd never known (although I'm sure all Real Fans do), such as the fact that in the first edition of The Hobbit, Bilbo doesn't find the Ring; he merely wins it from Gollum as the prize for the Riddle Game - which must mean, unthinkable as it seems, that the famous line 'What has it got in its pocketses?' wasn't there in the first edition! Apparently Tolkien revised the story for the second edition, having given further thought to the antiquity and significance of the Ring.  And Adam Roberts further explained that in Unfinished Tales (which I confess I personally never have finished), Gandalf comes up with several suspiciously after-thought-like reasons for sending Bilbo on the journey to the Lonely Mountain: claiming it all to have been part of his deep plan to prevent the Necromancer (Sauron) in Dol Guldur from forming an alliance with Smaug and using the dragon as a terrible weapon for evil.

As Adam Roberts remarked, it rather defies belief that Gandalf seriously decided to recruit, from the other end of Middle Earth, a band of the most unlikely possible adventurers (staid little Bilbo, plus assorted rather unfit dwarves: think of Bombur) and send them through a myriad dangers to combat Smaug, when he might more simply have addressed himself to the valiant Men of Dale, who were on the spot anyway.  Far easier to believe that, in The Hobbit, Gandalf never had any such master plan, and the whole thing was the serendipitous caprice of a batty old wizard. But of such things is fiction made, and who cares about consistency anyway?  Perhaps Gandalf/Tolkien can be forgiven a little bluffing on this occasion. 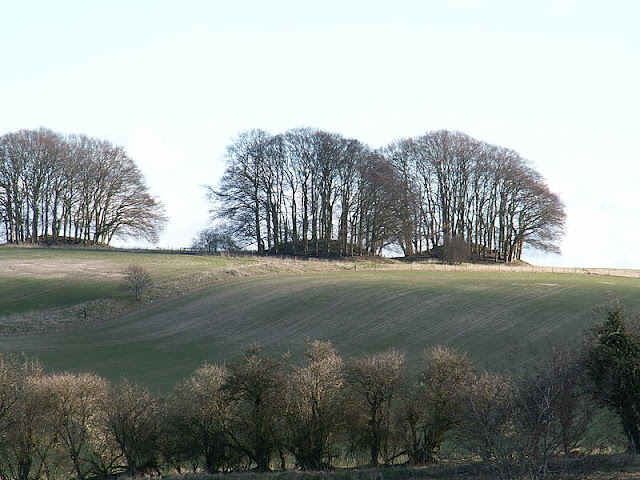 We all thoroughly enjoyed the evening.  But that was only the first part of my Hobbity Weekend.  Because on Saturday, although I should have been cooped up in my office with the curtains drawn, tapping away at the keyboard writing my book, it was such a bee-yoo-tiful day I couldn't bear to, so D. and I went off with the dog to do one of our favourite walks around the Avebury stone circle: you start below the barrows on Overton Hill (which you'll agree look remarkably like the Barrow Downs), and walk a circular four or five miles along the chalky hillside, down to the Avenue, up between the stones to the circle, and then back via Silbury Hill.

It's very Tolkieny countryside... And of course, this was the weekend of the Autumnal Equinox, so Avebury circle was full of colourful modern pagans holding their rites. Rings of folk dressed in long robes and cloaks, holding staffs and beating drums, striking huge gongs, praising the land and the spirits of the land, the oak trees and the stones, and praying as people have always prayed everywhere and in all religions, for good to befall them and their neighbours: for richness of crops and richness of soul. 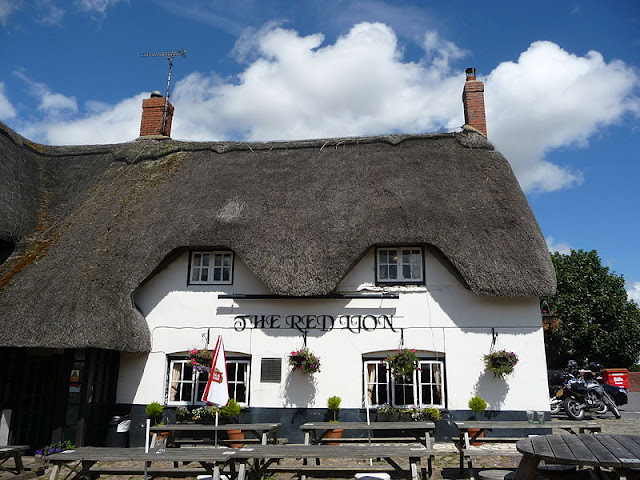 We went and sat on one of the benches outside The Red Lion pub, in the sunshine, with a drink and a couple of packets of crisps.  It might as well have been The Prancing Pony. Everyone was happy, everyone was friendly.  Lots of people admired the dog.  (She's worth admiring.)  Everyone - well, almost everyone - was in what you might call fancy dress. They had beaded ribands around their brows, or feathered hats on their heads; they carried musical instruments or carven staffs or baskets full of fruit and flowers; they sported tattoos and silver nose-rings, they wore bright colours: crimson or scarlet or white satin, yellow or purple.  One had a wolfhound. On the way into the pub we quite definitely brushed past Aragorn (in his disguise as Strider): a young, lean, long-haired fellow in brown and green, with a broad, dull copper band encircling one brown wrist.  You half expected people to start dancing the Springle Ring.

I didn't have a camera with me, and in any case it might have been rude to snap photos of people I didn't know, but it was, I assure you, quite lovely. Perfect strangers even chatted merrily in the loos.

We bought a little empty cut glass bottle from a small antique shop run by a charming elderly village couple. (Maybe it's not empty.  Maybe it's filled with starlight. I haven't tried it out in dark places yet.) The old gentleman told us how he'd been born in Avebury, in a 16th century house just down the street, and how the Romans used to camp down by the river, and about all the Roman coins he'd found.  The kind lady gave our Dalmatian Polly a long drink of water in a cut glass bowl.  Polly, who had spurned the water in the pub's steel dog dish, lapped it all up thirstily and had seconds. 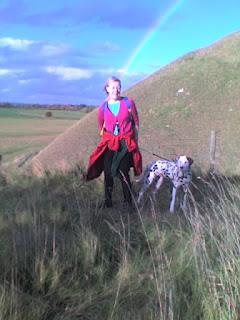 To add to the general fairytale feel, a large double-decker bus passing through the village had 'TROWBRIDGE' written as its destination. Yes, yes, it's the county town of Wiltshire, and probably the etymology has nothing whatever to do with trolls and billygoats, but on this particular day I thought it should, don't you think?  After that, we walked around the circle and through the church yard, and back past mysterious Silbury Hill, the largest man-made mound in Europe, and up the chalk to the barrows, and got in the car and drove home, passing through Marlborough, a town which - apart from the traffic - looks as though the streets ought to be full of dressed-up rabbits, and squirrels with shopping baskets on their arms. 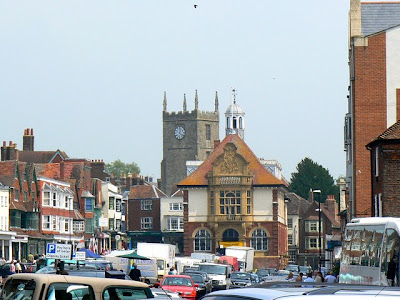 Yes. At seventy-five, Middle Earth is alive and well.

The Hill: Hobbiton-across-the-Water, 1937. (MS. Tolkien drawings 26) Copyright the Tolkien Estate, reproduced here under the fair use clause of the copyright law.

The 'Hedgehog' Hill Barrows near Avebury:  Wikimedia Commons, by Dickbauch

Posted by Katherine Langrish at 01:41