Wild Edric - and the art of writing 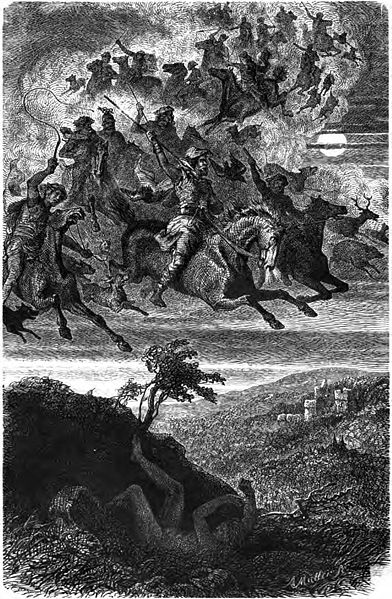 My whole life has been spent trying to bring together ‘real life’ and the world of fantasy, in particular by finding new and interesting ways of expressing a sense of the magical in my writing. Ever since I was five years old, hunting down fairies in the back alley behind my parents’ house, a sense of more to life than meets the eye has been part of who I am.  When I was a child, life was one big fairy tale.  That was how I felt.  But how to get into that fairy tale?  How to make that fairy tale my life, and make it real and be a part of it?

It was through stories that I found the way.  I couldn’t write when I was five years old, but I could make up stories and that was what I did, standing at the garden fence, telling them out loud to the big children in the house next door, lined up on their side of the fence asking, ‘What happened next?’   But those stories, made up off the top of my head, were ephemeral.  They were fly-by-nights, whereas words on paper had a strange new durability which I discovered when I learnt to write.   Describing Winnie the Pooh hunting honey made me part of the story.  Adventuring with the Famous Five turned them into a Famous Six.  I made those things my own, and I made them real - and simply by writing about them.

This is something I’ve been doing ever since.  When, at the end of ‘Mad Dog Moonlight’, I wrote about a river flowing through the stars, I put myself onto that river and sailed away.  When Abren in ‘Sabrina Fludde’ turned to water and flowed down a mountain, I flowed too.  And when hoof-prints beat upon the hill behind my house, I knew that Wild Edric, himself - that glorious superhero of Shropshire legend - was passing in the night.  By writing him into ‘Midnight Blue’, I wasn’t just making him up.  The act of writing brought him to life.

Tolkien defines fairy tales as stories about the adventures of humankind in Faerie, and here amongst the hills, valleys, woods and towns of my home county, Shropshire, Faerie’s all around me.  It’s where I live.  It’s a fabled place.  And I’m twice blessed, because it also exists inside my head.

The power of imagination is the land called Faerie.  ‘We may put a deadly green upon a man’s face and produce horror.  We may make the rare and terrible blue moon to shine, or we may cause woods to spring with silver leaves and rams to wear fleeces of gold.  In such ‘fantasy’ as it is called, new form is made; Faerie begins, Man becomes a sub-creator.’

Tolkien again, who wrote fairy tales for adults to read as a natural branch of literature rather than playing at ‘being children’, or pretending to enjoy them for the sake of the kids.   ‘When we can take green from grass, blue from leaves and red from blood, we have already an enchanter’s power,’ he wrote.   And what else compares to having that power?

As a child I was captivated by Hans Christian Anderson’s Fairy Tales.  As a  teenager I discovered Alan Garner’s ‘Weirdstone of Brisingamen’.  Starting out in life as a writer myself, I fell head-first into Tolkien, and took some extracting.  Finally I found my own voice and my own way into Faerie.   This was a long process, which is what the word ‘finally’ is all about.  For many years I thought that if I sounded like the writers I admired, Emily Bronte, Dylan Thomas, JRR Tolkien, Graham Greene – whoever the favourite of the moment might be – then I’d be a ‘proper’ writer but, if I sounded like myself, nobody would ever read me.    A book of terrible short stories was published at the age of twenty-three [long since out of print, thank God], its lofty style definitely not mine.   It wasn’t until years later, embarking upon ‘Midnight Blue’ that I developed the confidence as a writer to be myself.

According to legend, whenever England is in danger, Wild Edric and his knights rise up from their sleep of centuries beneath a rugged range of Shropshire hills called the Stiperstones, and ride out in warning of impending doom. Charlotte Burne recorded conversations with people who claimed he’d been heard and seen before both the Battle of Waterloo and the First World War.

The history behind the story, as recorded in the Anglo-Saxon Chronicles, tells of a local lord who, having refused to submit to the Norman Conquest by raising a rebellion which was decisively defeated, betrayed his people by joining  forces with the Conqueror.  For this dastardly about-face, ‘Wild Edric’, as he became known, was doomed to sleep beneath the Stiperstones with his knights, only ever finding the release of death when England returned to her rightful people.  He sleeps still, and some legends have added the comfort of a fairy wife, the Lady Godda, though others have him meeting and losing her before his days of betrayal and doom.

Wild Edric’s is a great story and, both as legend and history, he’s alive and well in Shropshire.  After writing him into ‘Midnight Blue’, I attended a history society meeting where local Stiperstones people claimed to have heard him riding by, and one person even claimed direct descent.  And he’s alive and well in my life too. I've talked about him at a weekend I’m running on myths and legends and how to use them in creative writing.  I've even led a walk up to the Devil’s Chair, where he and his knights are supposed to burst out of the ground.

It’s years now since I wrote ‘Midnight Blue’, but Wild Edric has stayed with me ever since.  My books have included other characters I first came across in Charlotte Burne. including the highwayman Humphrey Kynaston, and the goddess of the River Severn, brought to life in ‘Sabrina Fludde’.  But nowhere have I found a sadder doom than Edric’s, lying beneath cold rocks, unable to die - unable even to be at peace.

The romance of Edric is Arthurian.  He too is meant to sleep until his country is set free.  And the legend of Alderley, which Alan Garner drew on in his book, ‘The Weirdstone of Brisingamen’, calls forth sleeping knights as well.  They’re a universal emblem – and yet they’re a personal emblem too, especially if you’re a writer.

Every writer’s like a sleeping knight beneath a hill, brought to life when he or she has a story to tell, rising in the dark to gallop forth with a laugh, or tears or a chill breeze to broadcast to the waiting world.  When I’m writing, I feel alive. When I’m not, I feel asleep.  It’s as powerful as that.   Maybe the idea of writers as the white-knight guardians of a watching world sounds a bit fanciful to you. But I’d say not.  I’d say what we do matters more than anyone could ever say, and that the idea of an Edric who performs the role of guardian is only there because people want it, just as they want writing, and stories and people like me.

So I can’t help but identify with Wild Edric.  He and I are two sides of the same coin.  He’s an age-old legend, trying to break free, and I’m a fresh-faced pilgrim at the gate of Faerie, trying to get in. 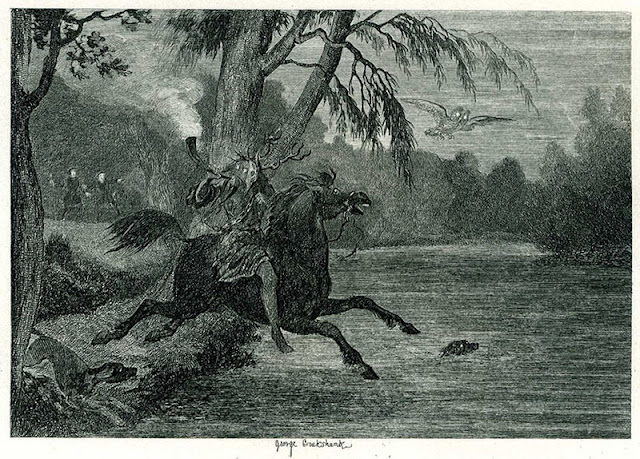 PAULINE FISK'S first book, ‘Midnight Blue’ won the Smarties Book Prize in 1990. It's the story of a girl called Bonnie who has just found a home with her very young mother, in an inner city block of flats.  Just as it looks as if they can be happy together and build their relationship, her controlling and malevolent grandmother moves in: and Bonnie runs away, finding refuge in a mid-city oasis, a walled garden where a mysterious man called Michael is building a hot air balloon with the help of a strange shadowy boy.  Michael’s aim is to fly to the land beyond the sky:

Beyond the sky.  Not ‘in outer space’ or ‘in another galaxy’, but beyond the sky… as though it were possible to peel away the edge of the blue and pass straight through.

‘Sabrina Fludde’(2001), opens with a body floating down the River Severn, the body of a lost, almost drowned girl whose memory is lost too, who plucks the strange name Abren out of the air for herself...  In fact, the book is full of lost characters with strange names. In the end, Abren has to return to her own source (and that of the river) on the mountain Plynlimon, where a cold and sinister family claim her as their own.  Alone and in terrible danger, she makes her escape down to the sea.  And 'Mad Dog Moonlight' (2009) is another tale of a child seeking his true self and a place to belong.  Pauline's latest book is 'Into the Trees', in which a boy comes to Belize looking for his father and falls in with a group of gap year volunteers.  Living in the trees will change them all.

Pauline's books are beautifully written, interweaving strands of the real world with airy fibres so fine, they are barely even fantasy – more like mysticism, or elemental forces.  She writes about vast emotional themes of love, anger, insecurity, and the need to belong to people and a place.  They leave a lasting imprint on the mind.

Posted by Katherine Langrish at 02:03