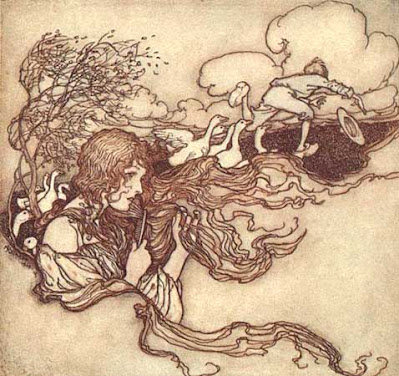 When we were children my brother and I would sometimes bemoan our bad luck in never having any adventures. We were big fans of Enid Blyton, in whose books groups of children from nice safe middle-class backgrounds not very dissimilar to our own got into amazing adventures every single holiday. Every single Christmas, or Eastertime, or 'summer hols', something would happen to these children. The circus would arrive and the bad-tempered clown would turn out to be an international jewel thief. The tutor hired as a Latin coach would be either a spy or a detective. Those lights flashing out to sea beyond the ruined castle would be signals from an enemy submarine waiting to rendezvous with the tall stranger whose bad character had been clear from the moment he kicked Timmy the dog, and whose briefcase contained the stolen blueprints. The strange noises in the empty house could only come from smugglers’ barges gliding along the underground river gurgling beneath the trapdoor in the cellar.

Although these adventures were in one sense sheer fantasy, they were presented with a veneer of realism which could deceive our inexperience. I loved to read of dragons and flying horses, but I never expected to meet one. The dilapidated old barn a mile up in the fields near the edge of the woods, however – with the shotgun cartridges scattered around the doorway – surely that was something my brother and I ought to investigate? So we did, and were shouted at by the farmer for walking over his crops. 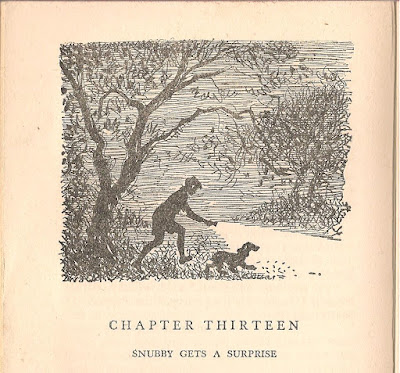 Well, we should have known better. Just because a book has a contemporary setting and contains nothing magical doesn't make it more realistic than a fairy tale: in fact some of them are fairy tales. Jacqueline Wilson’s nitty-gritty stories tussle with all sorts of issues: her young heroines and heroes live with unreliable parents, or in children’s homes, or have big stepbrothers who bully them, or are young carers themselves, or try shoplifting and smoking to impress their glamorous ‘bad’ best friend… isn’t this realism? Well, maybe not! I have great admiration for Wilson’s books, and my children loved them – but they are fairy tales. Like Cinderella, her characters go through all kinds of tribulations but always end up wiser, happier and in a better place than where they started. These are fairy tale endings – which I say with no shadow of disparagement.

Alison Lurie, in her book of essays on children’s literature ‘Don’t Tell the Grownups’ (Bloomsbury 1990), recounts how at the age of five she was given ‘The Here and Now Story Book’ written in 1921 by a writer named Lucy Sprague Mitchell whose credo was that fairy tales delayed ‘a child’s rationalising of the world’ and left him/her ‘longer than is desirable without the beginnings of scientific standards’. Lurie writes:

Inside, I could read about The Grocery Man (“This is John’s Mother. Good morning, Mr Grocery Man”) … The children and parents in these stories were exactly like the ones I knew, only more boring.  They never did anything really wrong, and nothing dangerous or surprising ever happened to them – no more than it did to Dick and Jane, whom I and my friends were soon to meet in first grade.

To be fair to Sprague Mitchell, Lurie has picked the dullest story in the book (you can view them all here at project Gutenberg: some of them are charming), but learning to read in the early sixties, I too encountered such children in the ‘Janet and John’ readers, and in the safe, sunny, pedestrian world of the Ladybird books, where all families were made up of a Mummy who stayed at home and baked, a Daddy who went to work carrying a briefcase, a little boy in shorts, a little girl in a frilly dress, and a spaniel. Plots would revolve around picnics, kite-flying, the collection of tadpoles in jam-jars, and the making and icing of fairy-cakes. (The Ladybird collection included an excellent series of illustrated fairy tales, but it’s their 1960s ‘contemporary’ stories I’m talking about.)

After we grew up, of course, we found out how unrealistic these stories had been. The simple, pleasant adult society they had prepared us for did not exist. As we suspected, the fairy tales had been right all along – the world was full of hostile, stupid giants and perilous castles and people who abandoned their children in the nearest forest.

To succeed in this world you needed some special skill or patronage, plus remarkable luck, and it didn’t hurt to be very good-looking. The other qualities that counted were wit, boldness, stubborn persistence, and an eye for the main chance. Kindness to those in trouble was also advisable – you never knew who might be useful to you later on.

And this still seems to me the best argument against those who still think that fairytales are unreal, or at least more unreal than books set in the everyday here-and-now. How much do we need to be taught, in Lucy Sprague Mitchell’s phrase, to ‘rationalise the world’? Do we really need protection from the obviously fantastic? Richard Dawkins appeared to think so, as quoted in The Guardian on 5th June 2014:

“I actually think there might be a positive benefit in fairy tales for a child's critical thinking ... Do frogs turn into princes? No they don't. But an ordinary fiction story could well be true ... So a child can learn from fairy stories how to judge plausibility.’

He added: “Fairy tales might equip the child to reject supernaturalism when the time comes… Santa Claus again might be a very valuable lesson because the child will learn that there are some things you are told that are not true. Now isn’t that a valuable lesson?”

It’s not completely clear from this quotation exactly what he means (the ellipses indicate that parts of what he said have been left out), but it looks as if he’s saying that children can usefully learn to distinguish between unbelievable stories (tales and fantasies with supernatural elements) and believeable ones (‘ordinary fiction’). But my brother and I were never deceived by fairy tales or fantasies. We never went looking for dragons or unicorns. We could, however, very well imagine ourselves in an Enid Blyton-style adventure – and so doing, explored potentially dangerous deserted barns and houses – because her books contained no obvious impossibilities. Yet fiction is fiction is fiction.

Sir Philip Sidney in his famous ‘Apologie for Poetrie’ – a defence of invention written some time in the 1580s to counter those of his contemporaries who felt uneasily that anything non-factual was somehow deceptive – wrote:

I think truly, that of all writers under the sun the poet is the least liar… for the poet, he nothing affirms, and therefore never lieth. For the poet never maketh any circles about your imagination, to conjure you to believe for true what he writes.

‘No circles about your imagination’: if you know that what you are reading is pure invention without any pretensions to be history or fact, you can stop worrying about belief. The poet ‘nothing affirms’ – makes no claims. You are left free to apprehend the truth of the poetic imagination. Sidney recognised that the perceived gulf between fiction and non-fiction is more mirage than fact: he goes on to point out that – surely – only a fool would describe Aesop's fables as lies, or mistake a play for a real happening... 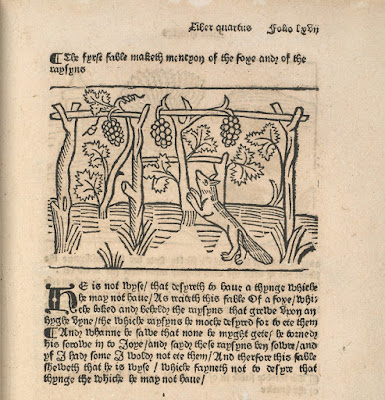 None so simple would say that Aesop lied in his tales of the beasts; for whoso thinks that Aesop writ it for actually true were well worthy to have his name catalogued among the beasts he writeth of. What child is there that, coming to a play, and seeing Thebes written in great letters upon an old door, doth believe that it is Thebes?

Aesop's fictions are not really about animals. Instead, they present succinct points about human morals and behaviour. To miss that would indeed be to miss the entire point – and Sidney shows more faith in the average child’s ability to suspend disbelief than Dawkins does. Where Dawkins suggests that ‘an ordinary fiction story could well be true’, Sidney says boldly that while every kind of fiction is of its nature untrue, it is the story masquerading as realism which is the most likely to deceive. A history book may be plausible and convincing while containing many errors and biases.

I would unhesitatingly put my money on the basic stuff of fairy tales being far more likely to happen to the average child than the chance of capturing an enemy spy or discovering a nest of coiners. Your parents may abandon you, or die, or abuse you. You may be ignored and disregarded. Later in life your lover may forget you; you may have to work hard for little or no reward or recognition.

Though at first sight fairy tales may appear simple or childish with their pre-industrial characters and settings, they offer a rich harvest of metaphors for life, as well as delighting in the beautiful world and applauding courage, kindness, innocence, wit and endurance. Stories are real and not-real at the same time. We need to allow ourselves and our children to discover the power of the imagination to transform experience. Fairy tales we have read as children may stay with us forever. Some are frightening, of course, for fairyland is a dangerous place: but so is this world, and we do children no favours by pretending otherwise. Fairy tales do not attempt to deceive and pull no punches. They tell us life often looks quite overwhelming, but they offer hope too. You may have to journey to the back of the north wind, ride over seven miles of steel thistles, weave shirts from nettles, suffer insults in silence, scale glass mountains – but ‘pack courage, leave fear at home’ and you will find a way. 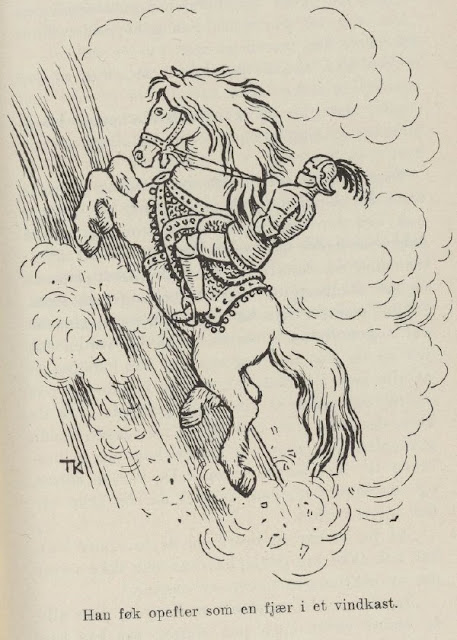 Illustration by Gilbert Dunlop to The Rockingdown Mystery by Enid Blyton:

The Knight gallops up the Glass Mountain: Theodore Kittelsen

Posted by Katherine Langrish at 02:53