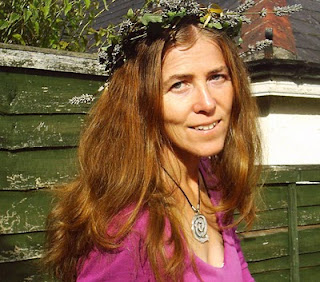 I am a long-term fan of Katherine Roberts' books. She has a wonderful gift for conjuring up other worlds – whether set in the legendary past, or entire sub-creations (in Tolkien’s phrase), fully realised and vivid. Her trilogy the The Echorium Sequence is set in an utterly fresh and underivative fantasy world which I already wrote about in this post here.  (If I absolutely had to come up with a comparision, I'd suggest not Tolkien's or Lewis's worlds, but Ursula K Le Guin's Earthsea.  Really though, the books stand alone.)

Here is the evocative opening of the first in her Seven Fabulous Wonders series, ‘The Great Pyramid Robbery’, set in a magical ancient Egypt:

Senu sat cross-legged in the shade of an awning on the river bank with the other children from the hemetiu village, a limestone slate balanced across his sunburnt knees, a reed pen clutched in one sweaty hand. It was far too hot for serious work. The stink of open sewers and raw fish blew down from the plateau, mosquitoes swarmed, and dust from the building site got into everything.

I just love the vivid smells and sensations...

Katherine grew up in the wild, rocky counties of Devon and Cornwall with their brooding moors and rugged coasts.  She gained a first class degree in mathematics from Bath University, and went on to work as a mathematician, computer programmer, racehorse groom and farm labourer - before her first novel, ‘Song Quest’, won the Branford Boase Award in 1999 and enabled her to fulfil her dream of becoming a full time writer.

If a writer’s life provides material for a writer’s work, such a varied background must be a bonus.  It means that in her recent book ‘I Am the Great Horse’, the story of Alexander seen through the eyes of his warhorse Bucephalus  ( ‘I am no black beauty!’)  Katherine can draw upon her own close knowledge and love of horses. One-eyed Bucephalus is strong and macho – after all, he’s a stallion! – and his understanding of his human master Alexander’s deeds is both touchingly limited and slily illuminating. (Kings sending warlike messages to one another are, for Bucephalus, like stallions dropping fresh dung on top of an old pile, to obliterate another’s dominance.) Moreover, Bucephalus has senses beyond the human. He can see ghosts. As Alexander punishes a prisoner by having him dragged to death behind a chariot –

The horses take off immediately, as they’ve been trained to do.  The prisoner’s body jerks as the rein attached to his ankles tightens, and he bounces along behind the chariot in the dust and flying sand.  The grooms run after it.
That is the last I see of the governor of , though later his ghost screams past the horse lines, lifting our manes and making us all shiver.

Visit Katherine’s own blog Reclusive Muse for a truly fascinating series of posts on the secret history of the writing of that book. Now here she is in person to reflect upon her particular fairytale – 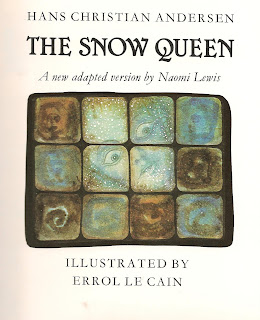 Posted by Katherine Langrish at 16:01

Email ThisBlogThis!Share to TwitterShare to FacebookShare to Pinterest
Labels: Fairytale Reflections, I Am the Great Horse, Katherine Langrish, Katherine Roberts, the Echorium Sequence, The Snow Queen