Magical Classics: "The King of Ireland's Son" by Padraic Colum

The affair began, as so many do, at a conference. I was just seventeen, and—no, it wasn’t that kind of affair. Good heavens. This was the love of a book.

There were booths aplenty in the Great Hall/gymnasium, but I bulldozed straight to one particular booth—the used book corner, a towering square of collapsible shelves filled with library discards. The bookseller was a charming woman of a certain age, one of those astonishing people who fill the room at a stropping six-foot-five and still manage to seem dainty. She was fond of me, knowing as she did from long experience that I would routinely plonk three months’ worth of allowance on piles of books I’d never heard of and didn’t know I wanted.

“I’ve got a book I think you’d like, hon,” she said. With an easy grace, her huge hand delicately plucked a battered hardcover off the top shelf and plopped it into my hand. It was like so many other easy introductions—half-distracted by the roar of the booths, my mind fretting with the jabber of what to do and where to go and who to see next, a quick glance that saw only the frumpy, mouse-nipped cover, the horrible green and pink striped jacket in the worst possible 1960s way.

“Ah yes,” I said. (What a miserable first impression I must have made.) I turned the book over. “The King of Ireland’s Son. I’ve never heard of this one.”

I looked at the price, swallowed a few times. Ass that I was, trying to measure its value in filthy lucre. “Is it worth it?”

The bookseller widened her eyes and tilted her head, like a duchess who has just found a caterpillar in the soup. “My de-ah! Anything by Padraic Colum is always worth it!”

So it went on the heap like the rest, in the casual way you jot down a number or an email (though this was before email was A Thing) and move on to the next introduction, the next drink, the next book. And it wasn’t till later—how much later I don’t know—that I remembered that ugly green and pink striped book that was so hard to find, that the soft music of the name Padraic Colum crept back in mind, and I sat down to read The King of Ireland’s Son.

Connal was the name of the King who ruled over Ireland at that time. He had three sons, and, as the fir trees grow, some crooked and some straight, one of them grew up so wild that in the end the King and the King’s Councillor had to let him have his own way in everything. This youth was the King’s eldest son and his mother had died before she could be a guide to him. 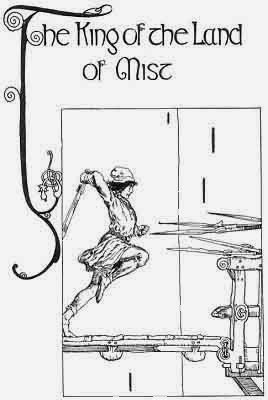 I honestly don’t remember reading it for the first time. I think, perhaps, there’s just a flicker of memory of my great-grandmother’s white armchair and the lights on of a winter’s evening as I sat, reading about the King of the Land of Mist and Fedelma the Enchanter’s Daughter. I think. I read a lot of books in that chair, so this memory might be confused with another, or several others. And try as I might now, I can’t unstitch the rhythms and richness and sound, the great rolling mouthy feel of the book, from the memories of my childhood and my adolescence, from my own faltering steps and proud determination at being a Real Writer. The memory of it has seeped in through all the cracks and gaps and crevices. Remembering when I first read it is like remembering when I first learned how to slot one word after another and talk. It’s that kind of book.

Now after the King and the King’s Councillor left him to his own way the youth I’m telling you about did nothing but ride and hunt all day. Well, one morning he rode abroad—
His hound at his heel,
His hawk at his wrist,
A brave steed to carry him whither he list,
And the blue sky over him,
and he rode until he came to a turn in the road. There he saw an old gray man seated on a heap of stones playing a game of cards with himself. Now he would say “That’s my good right,” and then he would say “Play and beat that, my gallant left.” The King of Ireland’s Son sat on his horse to watch the strange old man, and as he watched he sang a song to himself—

Whenever it was, when I first read The King of Ireland’s Son, I’d never heard of the Celtic Twilight or Padraic Colum. I’d yet to have my undergraduate romance with the poetry of Yeats. I’d fallen under the spell of Narnia and The Lord of the Rings, but not Harry Potter. I’d read Little Dorrit and Ivanhoe, but not Memory, Sorrow, and Thorn or The Restaurant at the End of the Universe. I was at an impressionable age, you might say, and certainly I was hungry for a good story, for magical sounding words. And if this strange little mouse-nipped book had simply been another cracking discovery, like The Twilight of Magic, it would have been good enough. 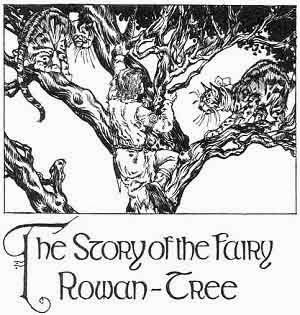 But it’s one of those books that explodes in your hands and in your mind and in your heart, and gets all over the way you think about story and the way you use words—one of those books that twists round inside you and takes you in ways and places you’ve never thought of. Reading it was like seeing a magician for the first time, without knowing anything about sleight of hand or picking a card, any card, so you still think it’s all in the word and the mind and the eye, and would do even if the magician was holding a sheet over his face and saying he’d disappeared. Except it’s a really good magician, one of those sleight-of-hand lads that make professional illusionists look like hacks, one of those who, even long after you’ve learned all the tricks and knots and secret chambers themselves, when you see them perform you—you just can’t help but wonder…
You’re seeing magic for the first time, before your very eyes. And it’s all told in the most wonderful, magical, enchanting words. They’re words written for speech, these words, for resonance and richness and music. They’ll change your life, these words, or at the very least they’ll change the way you think about the stories that you tell, and listen to.

It’s that kind of book.

“Prince,” said the old fellow looking up at him, “if you can play a game as well as you can sing a song, I’d like if you would sit down beside me.”
“I can play any game,” said the King of Ireland’s Son. He fastened his horse to the branch of a tree and sat down on the heap of stones beside the old man.
“What shall we play for?” said the gray old fellow.
“Whatever you like,” said the King of Ireland’s Son.
“If I win you must give me anything I ask, and if you win I shall give you anything you ask. Will you agree to that?”

Listen! It’s as if Colum has taken every fairy tale and folk story you’ve ever heard or thought of, and a few you haven’t, and he’s taken all the best bits of them, the most magical, and woven them together into a seamless, shining whole. Tale after tale flows over you, and when you expect one story to stop, you find it’s given rise to another, including the best telling of “The Three Ravens” that I’ve ever heard. There’s tricksters and devils and storytellers, bold knights who fall in disgrace and daring maidens who rescue them. There’s three daughters, two of them bad and one of them good, and there’s a battle between the animals and the birds, and the King of Cats comes to Ireland. There’s Gillie of the Goatskin who’s gone in search of the Unique Tale and winds up confronting the Churl of the Townland of Mischance, and there’s Rory the Fox who steals the Crystal Egg and its power of wishing. There’s the silent maiden, Sheen, who follows the Hunter King’s soul into the Quaking Bog, there’s the Pooka—who’s a timid little fellow, as the Little Red Hen knows—and there’s the search for the Swan of Endless Tales.

And it’s all one story! And that’s just the beginning, with more to come besides. Adventures, quests, enchantments, deceptions, impossible tasks, revenge, giants, monsters, chases, escapes, true love—heck, I can’t even describe it without sounding like Peter Falk.

Go read it. Go read it right now. It’s that kind of book, too.

“A goose to hatch the Crystal Egg after an Eagle had half-hatched it! Aye, aye, to be sure, that’s right,” said the Old Woman of Beare. “And now you must go find out what happened to it. Go now, and when you come back I will give you your name.” 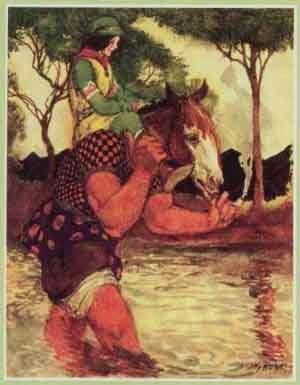 John Patrick Pazdziora (PhD, St Andrews) is a research associate at the Institute for Theology, Imagination and the Arts, St Mary’s College, St Andrews. His primary work is on Scottish literature in the nineteenth century, and the adaptation of folklore and the ballad tradition in children’s literature; he has particular interest in George MacDonald, James Hogg, and Andrew Lang. He has also published on more modern authors such as James Thurber, Claire Dean, and J. K. Rowling. With Christopher MacLachlan and Ginger Stelle, he co-edited Re-Thinking George MacDonald: Contexts and Contemporaries (ASLS 2013), and edited New Fairy Tales: Essays and Stories (Unlocking, 2013) with Defne Çizakça. He is also the general editor of Unsettling Wonder (www.unsettlingwonder.com), an imprint of Papaveria Press.


Picture credits: "The King of Ireland's Son": all illustrations by Willy Pogany via Sacred Texts: you can read the book online here.

Posted by Katherine Langrish at 05:11